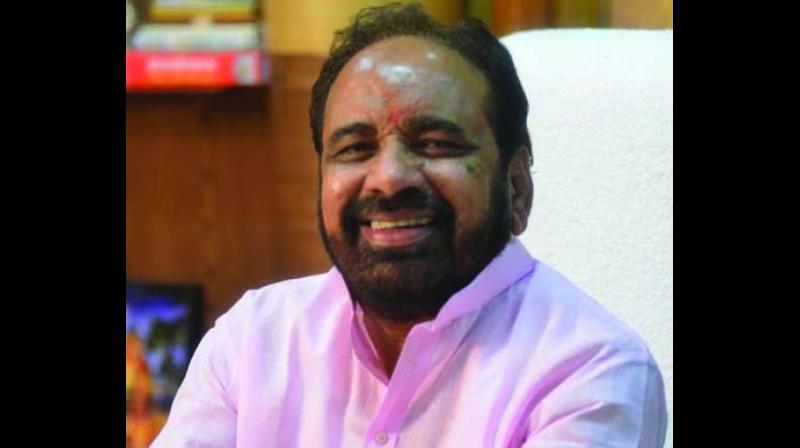 Mr Bhargav whose bizarre remarks often landed him in unnecessary controversy late on Wednesday night slammed the decision by Kamal Nath government to introduce eggs in the meals offered to malnourished children in anganwadi Centres in Madhya Pradesh, saying, “If children are fed egg and meat, then they may become cannibals later”.

“India’s Sanatan (eternal) culture prohibits eating of non-vegetarian food”, he said and added, “What do you expect from this malnourished government (referring to resources starved Kamal Nath government)? Children who are vegetarians are being forced to eat eggs. Later, they will be forced to eat chicken and then meat. If children are habituated to non-vegetarian food, then they may become cannibals later”.

He had drawn ire of ruling Congress in MP when he described the just concluded by-elections in Jhabua (ST) assembly constituency in MP as “Indo-Pak war”, while calling the candidate fielded by BJP as representative of India and that of Congress as nominee of Pakistan.

He had also invited criticism from several quarters when he slammed media coverage of ordeal of daughter of BJP MLA from Bareli Rajesh Mishra after she married to a Dalit youth, saying that publicity given to such matters would only encourage incidents of feticides in the country.

State women and child welfare minister Imarti Devi on Wednesday announced to serve eggs in the meals offered to malnourished children in anganwadi Centres in the state from November this year, as a measure to tackle malnutrition problem in the state.

Madhya Pradesh has earned the dubious distinction of having the largest number of malnourished children in the country.

The previous BJP government in MP had rejected recommendations by the then UPA government at the Centre in 2013 to introduce eggs in meals offered to children in anganwadi Centres to fight malnutrition menace effectively, saying it would hurt religious sentiments of people.