This is the company's fourth store in Andhra Pradesh and 23rd in the country. 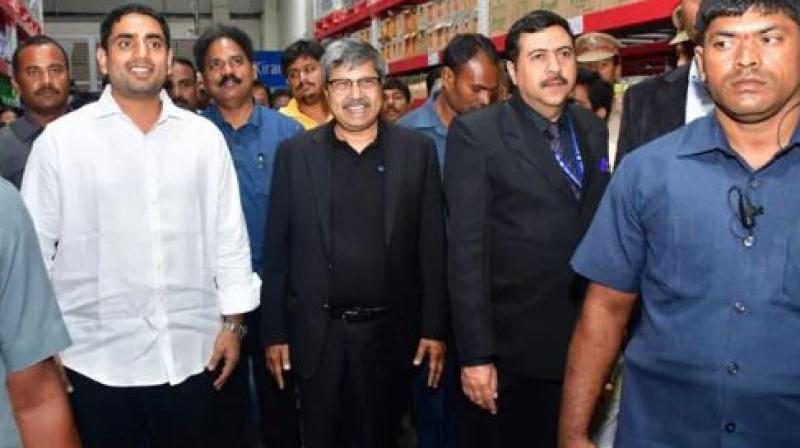 The store has been set up near Autonagar Arch at Gajuwaka. (Photo: Twitter | @naralokesh)

Visakhapatnam: World's largest retail store by revenue, Walmart, has opened its first B2B cash and carry store in Visakhapatnam. The store has been set up near Autonagar Arch at Gajuwaka.

This is the company's fourth store in Andhra Pradesh and 23rd in the country.

Delighted to inaugurate Walmart India’s sustainable store in Vizag, which is their 23rd in India. The store will create direct/indirect employment for 2000 local youth and boost the regional farming economy since vegetables will be sourced directly from farmers. pic.twitter.com/NoAfsBKcsz

"We are highly excited about opening the first B2B Cash and Carry Store in the city of Vizag in the midst of the festival season. This is our fourth store in the state of Andhra Pradesh, which reinforces our belief in the ease of doing business under the leadership of Andhra Pradesh Chief Minister N Chandrababu Naidu," said Krish Iyer, President and CEO, Walmart India.

"This store also gives us the opportunity to continue to create shared value for our supplier partners, farmers, members, associates and the community at large. Each of our stores creates an estimated 2,000 direct and indirect jobs and this one too has opened up employment opportunity in Vizag," he added.