Reacting to the development, Computer Baba, said he would continue his work notwithstanding 'conspiracies' of the BJP government. 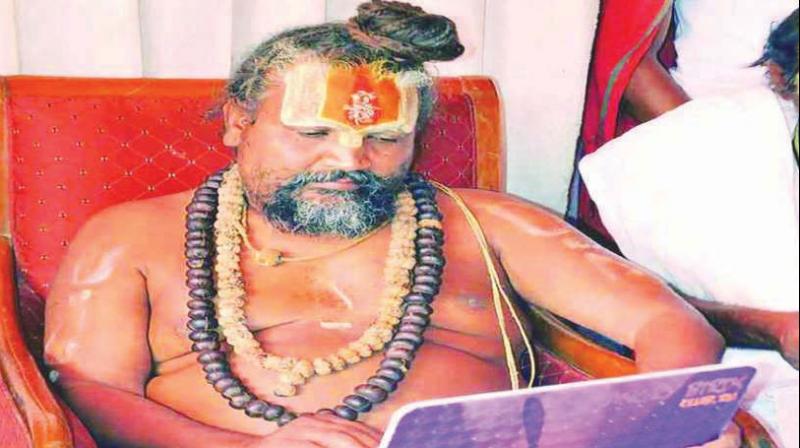 Decision to expel Computer Baba was taken at a high-level meeting of Digambar Ani Akhada at Ujjain. (Photo: File)

Indore: Religious leader Computer Baba, a friend-turned-foe of the Shivraj Singh Chouhan government in Madhya Pradesh, has been expelled by the ‘Akhada’ to which he belongs.

Reacting to the development, Computer Baba, whose original name is Namdeo Das Tyagi, said he would continue his work notwithstanding "conspiracies" of the BJP government.

"He behaved against the dignity of saints, jumped into political arena, sometimes speaking in favour of BJP, sometimes backing Congress for his vested interests," Giri said.

Computer Baba reacted to the development through a video statement. "Whatever conspiracies Shivraj's BJP government may hatch, I will not allow the Narmada river to be polluted and the plight of cows to worsen. I will continue to work for the protection of Hindu Dharma," he said.

The saint community is being neglected in the state and their shrines are being destroyed, he alleged. Computer Baba was accorded the status of Minister of State by the state government in April this year by appointing him to a committee for the protection of the Narmada river.

However, last month he resigned, accusing chief minister Chouhan of not fulfilling his promises and alleging that the government did little to stop illegal sand mining in the Narmada. Ahead of November 28 Assembly polls in the state, he has been holding congregations of religious leaders and calling for ouster of the BJP government.