Chidambaram filed the plea for protection from arrest in the ED case on May 30, after which he got relief from the court. 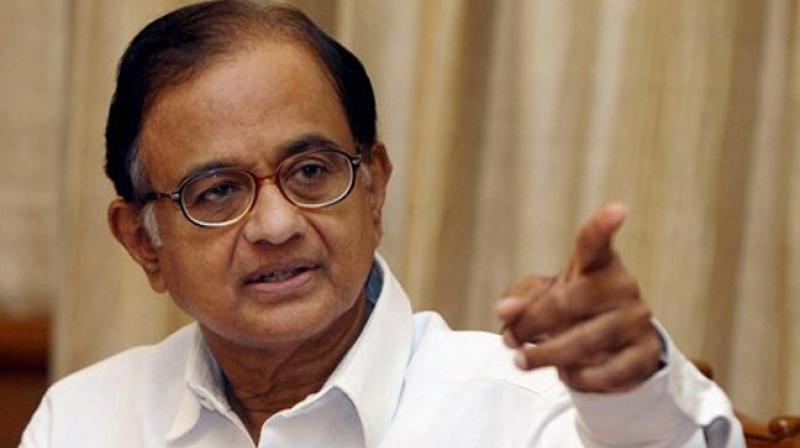 New Delhi: The Enforcement Directorate on Wednesday opposed in a Delhi court the anticipatory bail application of former Union minister and Congress leader P. Chidambaram in the Aircel-Maxis money-laundering case and sought his custodial interrogation.

The ED, which filed its response to Mr Chidambaram’s anticipatory bail plea, said his custodial interrogation was necessary as he had remained evasive and was not cooperating. The hearing on the Congress leader’s plea will take place before special judge O.P. Saini on Thursday.

The ED also said that as Mr Chidambaram was a “highly influential and well-connected individual”, there was a serious fear of his influencing witnesses and tampering with evidence in the case. The court had on October 8 extended till November 1 the interim protection from arrest for Mr Chidambaram and his son Karti in the Aircel-Maxis case.

Mr Chidambaram filed the plea for protection from arrest in the ED case on May 30, after which he got relief from the court. The agency had on October 25 filed a chargesheet against the Congress leader in the Aircel-Maxis case, accusing him of conspiring with foreign investors to clear their ventures.

The agency said the investigation on the FIPB approval fraudulently granted by Mr Chidambaram had several aspects, having wide ramifications. The investigation, it added, had been concluded to some extent, but was still going on with regard to certain issues.