India   All India  01 Oct 2020  Shopian fake encounter: Remains of youth to be exhumed; handed over to families
India, All India 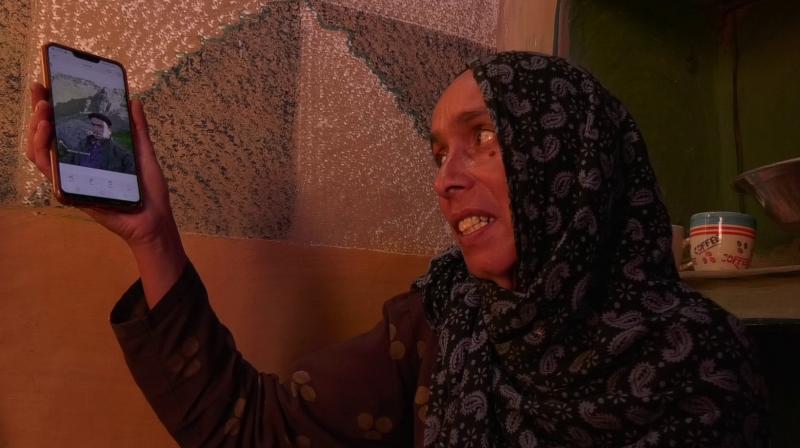 SRINAGAR: The authorities in Jammu and Kashmir have decided to exhume the mortal remains of three youth from the Union Territory’s frontier Rajouri district who were killed by the Army troops in a fake encounter in militancy-infested Shopian district in July and then passed off as ‘terrorists’ and hand these over to their parents.

Inspector General of Police (Kashmir range), Vijay Kumar, said on Wednesday, “As the DNA samples of the three dead bodies of Rajouri matched those of their family members, these will be exhumed and handed over to their families after due process of law” (sic).

As reported by this newspaper earlier, the parents and other relatives of the slain youth had demanded that their mortal remains be exhumed and handed over to them so that they could give them a decent burial in their native villages in Rajouri.

The trio -- Muhammad Imtiaz, 20, Muhammad Abrar, 25, and Ibrar Ahmed Khan, 16 -- was killed by the Army during an “operation” in Amshipora area of Shopian on July 18, a day after they had arrived there to work in an apple orchard to earn living.

According to the J-K police, they had provided sufficient time for identification of the corpses at the Police Control Room Kashmir at Srinagar. As no one came forward to claim the bodies and police also failed in identifying them, they were buried in a cemetery in the remotest Baramulla district, almost 250 kilometres from their home district in presence of a magistrate after conducting post-mortem and lifting DNA samples, the police had said.

The kin of the slain youth had told this newspaper that since the Army has admitted the they were killed by its men during a so-called operation at Amshipora and the J-K police have announced that the results of the DNA samples of their parents have matched those of the slain, their bodies should be exhumed and handed over to their families. “We want to give them decent burials in our own zameen (Soil),” Imtiaz’s father Abid Hussain had said.

The parents and other relatives of Abrar and Ibrar, who also live in mud houses in dispersed settlements tucked away in the hills of Rajouri and at a three hours’ walking distance from a motorable side road opening on Mughal Road that connects Srinagar with Rajouri town, endorsed the demand that the mortal remains of the trio be handed over to them for burial in their native places “before these get decomposed further.” Ibrar’s father Baga Khan had told this newspaper,  “We must get their bodies now…No one in the families could see their faces before they were laid in their graves. Justice must be done.”

Supporting the demand, the local Panch, Irshad Ahmed, had said that the Aadhaar cards and mobile phones of the slain youth may also be handed over to the families and the government should consider sanctioning ex-gratia relief to the families which live in “extreme poverty” besides a job for the next of the kin.

While Army chief General Manoj Mukund Naravane was in the Valley, its Srinagar-based 15 Corps issued a statement admitting that the three youths were killed by its men and that "disciplinary action" in being initiated by it under the Army Act against them. It said that the inquiry conducted by it “has brought out certain prima facie evidence indicating that, during the operation, powers vested under the Armed Forces Special Powers Act (AFSPA) 1990 were exceeded and the Do’s and Don’ts of Chief of Army Staff (COAS) as approved by the Hon’ble Supreme Court have been contravened”.

The Army has already begun a 'Summary of Evidence', a step before a possible court martial of its officers and men involved in the fake encounter. During this process, all civilian witnesses are cross examined.

A court in Shopian on Tuesday sent two persons arrested in the case for a eight-day judicial demand. The duo, reportedly working as “informers” for the Army, was produced in the District Court by the police, a day after they were arrested for being local “collaborators” in the crime. The police sources said that they have been arrested by the police on the charges of "criminal conspiracy" under relevant sections. Army sources said that the duo is also likely to be called for cross examination.