Toll due to Bihar floods rises to 28 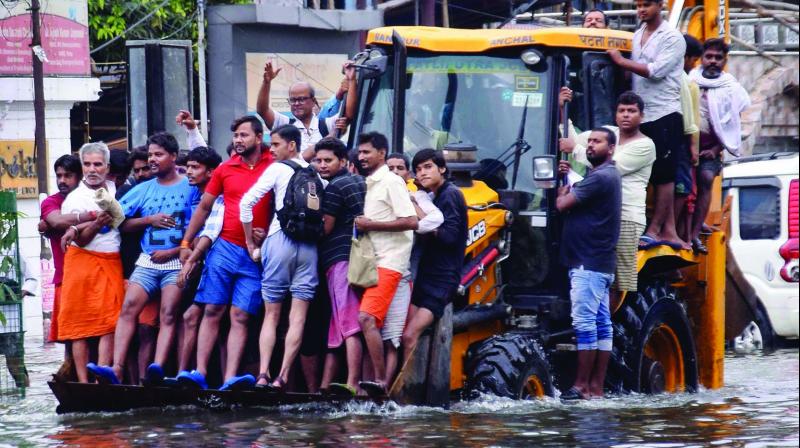 Patna: Bihar deputy chief minister Sushil Kumar Modi and his family were among others who were rescued by the National Disaster Response Force (NDRF) on Monday. Officials said that he has been stranded in his house since Saturday and was rescued with the help of an inflatable boat along with other people.

As many as 19 teams of NDRF have been deployed to rescue people who are affected by heavy rains and flood in several districts of Bihar, including Patna. Concerned over the rising water level in major rivers, the state government has asked the Centre to deploy at least two Indian Air Force choppers to carry out relief work in the flood-hit areas of Bihar.

As per an assessment, more than 28 people have died as heavy rains in the last four days caused a flood-like situation in Bihar. According to the state disaster management department, six casualties have been reported from Gaya district, where five persons were buried alive when a wall collapsed while another person drowned in a river. In Jehanabad, a three-year girl was killed when the wall of an old house caved in while she was playing. On Sunday, 18 deaths were reported from across the state due to incidents caused by heavy rains.

The meteorological department has warned of more rains in around 24 districts of Bihar in the next 24 hours. Based on the reports by the weather office, the state administration has already announced the closure of all government and private schools till Tuesday.