His resignation came on Monday, a day after the chief minister announced to set up a cow ministry in the poll-bound state. 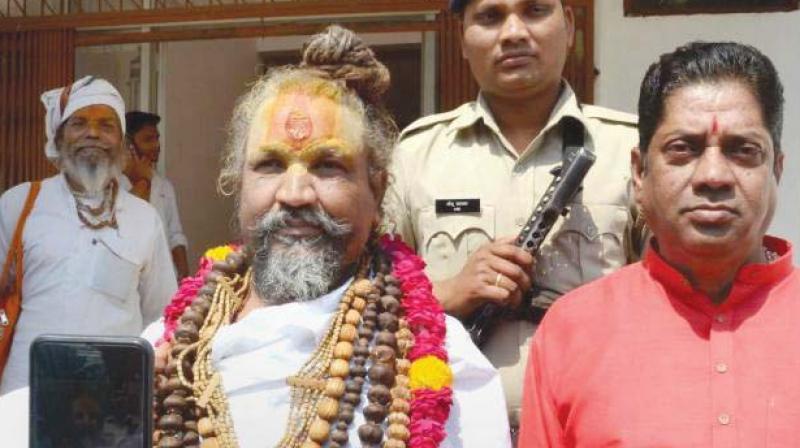 Bhopal: Over six months after he was accorded the Minister of State (MoS) status by the Madhya Pradesh government, self-styled godman "Computer Baba" has resigned, accusing Chief Minister Shivraj Singh Chouhan of "not fulfilling" the promises.

Swami Namdev Tyagi, popularly known as "Computer Baba", also accused Chouhan of being a "hypocrite" and "full of deceits". He claimed the government did little to stop illegal mining in the Narmada river.

His resignation came on Monday, a day after the chief minister announced to set up a cow ministry in the poll-bound state.

"I have resigned from MoS status, as thousands of seers have mounted pressure on me because I have failed to deliver. They judged my performance and gave me zero mark out of hundred," he told news agency PTI on Tuesday.

The 52-year-old was among five religious figures who were accorded the Minister of State (MoS) status in April this year by the state government, following his announcement to take out a yatra to expose the illegal sand mining in the Narmada river.

"The chief minister had promised me that the illegal sand mining (in the Narmada river) will be checked; cows will taken care of; Hindu places of worship will be protected and wishes of seers would be fulfilled," he said.

However, Chouhan indulged only in hypocrisy and deceit, and acted contrary to his promises, he claimed.

"If he (the CM) does not do any work how will I show my face to fellow seers? he asked.

According to sources, many godmen in Madhya Pradesh, including Computer Baba, wanted to contest the assembly polls, due later this year.