India   All India  01 Sep 2020  How's this for cruelty: Floods wash away businesses set up by corona refugees
India, All India

How's this for cruelty: Floods wash away businesses set up by corona refugees

Hoping to make a new beginning, they invested the little money they brought back with them 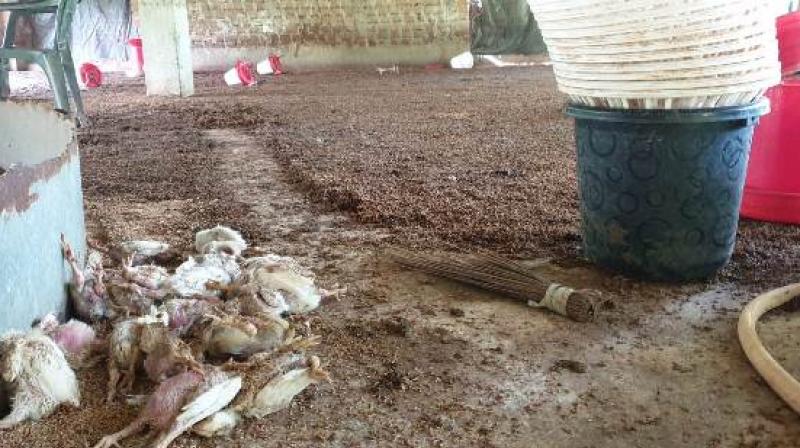 Bhubaneswar: Rajanikant Satpathy is a poultry farm owner in Jajpur district of Odisha. A few months ago he invested nearly Rs 5 lakh on a poultry farm. All through the weeks the rest of the country was being ravaged by the coronavirus, Satpathy's farm grew well and the birds grew well. Last week, he decided to cash in. He expected to get about Rs 7 lakh, a cool profit and a handsome amount to reinvest.

This week, his hopes lie shattered. Floods in the Baitarani river have washed away his farm and my poultry unit. The birds were washed away, and farm is rubble.

Satpathy's bad luck story is common to thousands of rural entrepreneurs in Odisha this flood season. It's a bit ironic that farmers who endured the coronavirus pandemic should be devastated by a flood, an annual occurrence.

Especially first-time entrepreneurs and guest workers who returned to take up agriculture activities in coastal Odisha, investing the little money they brought back, have been left in ruins.

Akshya Rout, a guest worker of Dharmasala in Jajpur district returned from Surat in April. Back in village, he took a loan from a bank and sowed brinjal and other vegetables in his two hectares of land on the banks of the Brahmani river. The river burst its banks last week and left no trace of Rout's brinjals. "The Brahmani devoured them all," said Rout.

Several other guest workers I met this week, people who returned to open small businesses -- carpentry, pottery, furniture workshops, all had the same story to tell.

“I used to work as a mechanic in a textile factory in Bangalore. After I returned, I opened a furniture fabrication unit with my savings of about Rs 2 lakh rupees. The factory was washed away bythe Mahandi,” said Tapan Kumar Swain of Banki in Cuttack district.

All of Odisha's major rivers, including Mahanadi, Brahmani, Baitarani, Birupa, Luna and Chitratopala, have been quick to flood this year, and were still flowing above their danger marks Monday evening.

Odisha chief minister Naveen Patnaik has assured compensation to the entrepreneurs after the flood damage assessment exercise is completed by the district authorities.