The final list of NRC in Assam was published on Saturday with 19 lakh people not included in it. 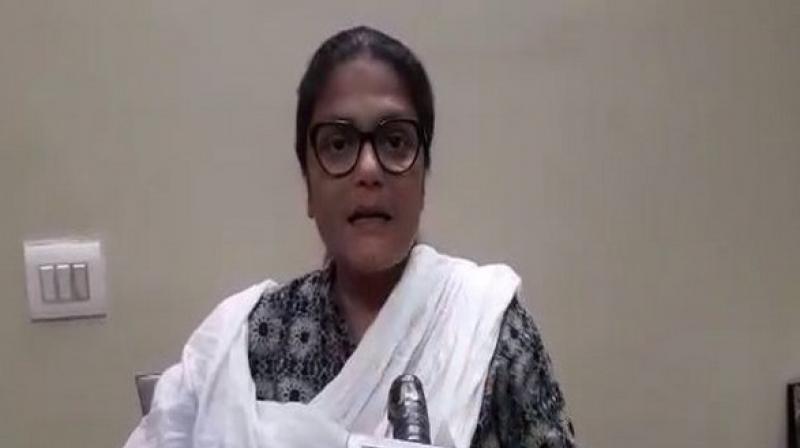 Silchar: Congress leader Sushmita Dev alleged that the names of some "genuine Indian citizens" had been excluded from the final list of National Register of Citizens (NRC) published here and added that her party will help all those who are affected by it.

The president of All India Mahila Congress and former MP blamed Union Home Minister Amit Shah and the BJP for the failure to include all Indian citizens.

"The NRC is a very complicated issue. I will say to Amit Shah that you failed to conduct NRC properly in Assam even after spending close to Rs 1100 crore. How can you then think of conducting it in the entire country," Dev said.

The final list of NRC in Assam was published on Saturday with 19 lakh people not included in it.

The Opposition parties have said that a large number of Indian citizens have been excluded from the list.

Prateek Hajela, the State Coordinator of NRC, said that over 3 crore people were found eligible for inclusion in the final NRC.

"A total of 3,11,21,004 persons are found eligible for inclusion in final NRC, leaving out 19,06,657 persons, including those who did not submit their claims," Hajela said in a statement on Saturday.

He also added that those who are not satisfied with the outcome of the claims can appeal before the Foreigners' Tribunals.

Dev added that now when the final list of NRC had Hindu names in it the BJP was disagreeing with the list.

"The NRC has no relation to the religion of a person. The only question is whether the person is Indian or not. BJP is now appearing confused when the list has names of Hindus in it," she said.

The NRC list is aimed at segregating Indian citizens living in Assam from those who had illegally entered the state from Bangladesh after 1971.