After quitting Congress, he joined Janata Dal and BSP. In 2004, he joined BJP but left three years later, complaining that he felt ignored. 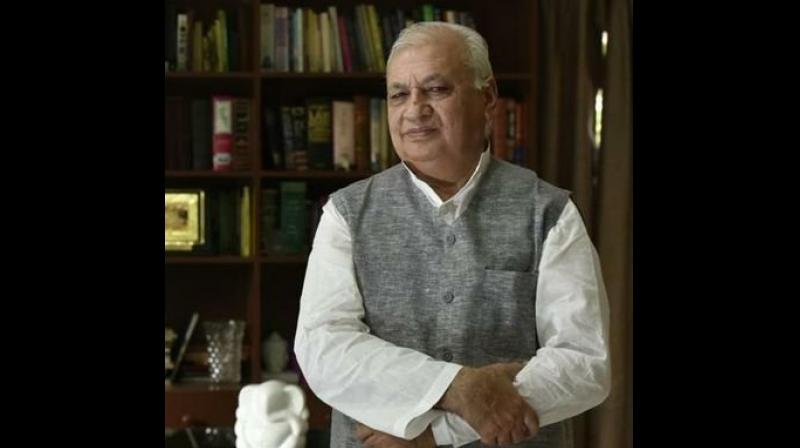 ‘I am glad he has further assured everybody that India is a democracy and in a democracy there are no winners and losers, but participants in a process that must result in the victory for India and our democracy,’ he said. (Photo: Twitter | @arifmohammadk)

Thiruvananthapuram: New Governor of Kerala, Arif Mohammad Khan, who had in 1986 walked out of the Rajiv Gandhi Cabinet over the Shah Bano case, has been the most vocal supporter of the abolition of Triple Talaq by the Narendra Modi government, reported News18.

Khan quit the cabinet when the Rajiv Gandhi government had given into the pressure from the Muslim clergy and reversed Supreme Court's Shah Bano verdict granting alimony to a divorced Muslim woman. Being a staunch advocate for reforms within the Muslim community, he had also asked the Congress to extend support to the abolition of the practice.

He has been strong over his point that secular parties blatantly playing the Muslim card would only harm the interests of the community.

Khan came to light recently when he said PM Modi quoted a former Congress leader as having said it was not the duty of their party to uplift Muslims and “if they want to lie in the gutter let them be”. The remark the Prime Minister referred to, Khan claimed, was made by PV Narasimha Rao, then a Union minister.

"6-7 years ago, during a TV interview, I was asked whether any pressure was brought upon me to take back my resignation (in connection with Shah Bano case). I told them after resigning, I disappeared from my house." Khan added, “I further said, next morning at Parliament, I met Arun Singh who repeatedly told me I was correct morally but this would cause a lot of inconvenience to the party. Mr Narishma Rao told me ‘tum bahut ziddi ho. Shah Bano ne bhi apna stand badal liya hai’.”

In an interview with News18 earlier, Khan was all praise for the Prime Minister after the BJP swept to power and PM Modi assured of taking everyone along. “I am glad he has further assured everybody that India is a democracy and in a democracy there are no winners and losers, but participants in a process that must result in the victory for India and our democracy. I am very happy that he has acknowledged the role of Indian women and I hope he would justify their trust by ensuring that all women irrespective of their religious affiliation are ensured equality and dignity as guaranteed by the Constitution and they are not allowed to be oppressed either by any law or customary practices.”

In an exclusive interview after the announcement, the new governor said Kerala had the most progressive outlook and the best literacy rate. “I was born in Uttar Pradesh, which is one end of the country, and Kerala is on the other end. This role will help me understand the diversity of the country,” he said.

From energy to civil aviation, Khan has held several portfolios. After quitting the Congress, he joined the Janata Dal and BSP. In 2004, he joined the BJP but left three years later, complaining that he felt ignored in the party.