Bhardwaj added that the letter is 'a mixture of innocuous and publicly available facts and baseless fabrication.' 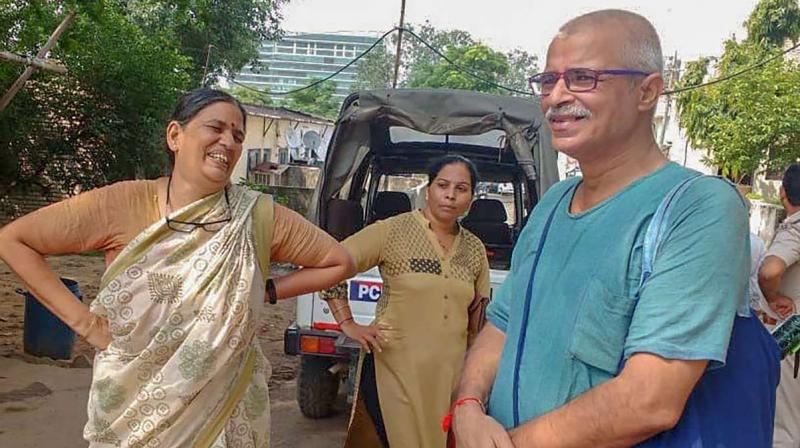 From the hundreds of letters seized, the Pune police on Friday read the 'prominent' ones, which included a letter by Sudha Bharadwaj. (Photo: File)

Mumbai: The Pune police on Friday emphatically stated that the evidence collected so far clearly establishes links of the arrested activists with Maoist organisations.

Activist Sudha Bharadwaj, who was one of the five activists held, replied to the claims made by the Pune police calling the letter 'totally concocted'.

In a handwritten statement, shared through her lawyer Vrinda Grover, Bhardwaj said, "It is a totally concocted letter fabricated to criminalise me and other human rights lawyers, activists and organisations."

Bharadwaj added that the letter is, "a mixture of innocuous and publicly available facts and baseless fabrication."

From the hundreds of letters seized, the police on Friday read the "prominent" ones, which included a letter by Bharadwaj.

It also shared an email letter between Rona Wilson and a CPI-Maoist leader. The letter spoke of ending "Modi-raj" with a 'Rajiv Gandhi-type incident'. The letter also sought money for procuring grenade launchers.