Bharat Bhushan Meena, a local BJP leader's son, was driving the car in an inebriated condition. 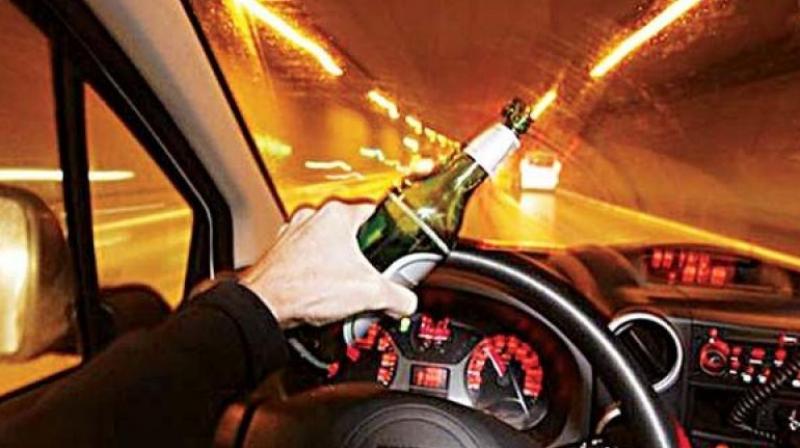 Meena was detained and a case was registered against him under various sections of the IPC after locals handed him over to the police. (Representational Image | PTI)

Jaipur: Two labourers were killed and two others injured when a car ran over them while they were sleeping on a pavement under a flyover on Friday, police said today.

The accident took place near the Gandhi Nagar Railway Station.

Meena was detained and a case was registered against him under various sections of the IPC after locals handed him over to the police.

The deceased were identified as Sajid Khan, 32, and Jagmohan, 45, the SHO said, adding that the injured persons were rushed to SMS Hospital here.

The bodies were handed over to family members after postmortem, he added.

The SUV is registered in the name of Bharat's father, Badri Narayan Meena, a leader of the BJP's Kissan Morcha, reported NDTV.