An ISRO-ESA Arrangement was signed recently 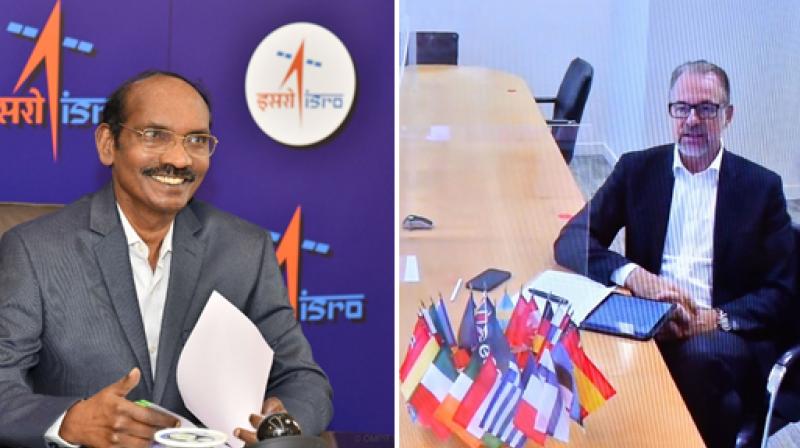 Bengaluru: The Indian Space Research Organisation is in discussions with European and Israeli space agencies to enhance cooperation and identify potential opportunities to work together.

They also discussed potential opportunities of working together in future including launch of Israeli satellites in Indian launcher and commemorating 75thanniversary of Indian independence and 30 years of India-Israel diplomatic relations through an appropriate event in 2022, an ISRO statement said.

An ISRO-ESA Arrangement concerning network and operations Cross-support which will enable use of ground station to support each others spacecraft missions, was signed recently.

"They agreed to form thematic working groups which will discuss to identify potential opportunities for working together to further enhance ISRO-ESA cooperation", the Bengaluru-headquartered space agency added.

"I place @ESA's cooperation with @ISRO high on the ESA international agenda. #India's space portfolio is expanding thus many more cooperation opportunities between our agencies are on the horizon", Aschbacher tweeted.