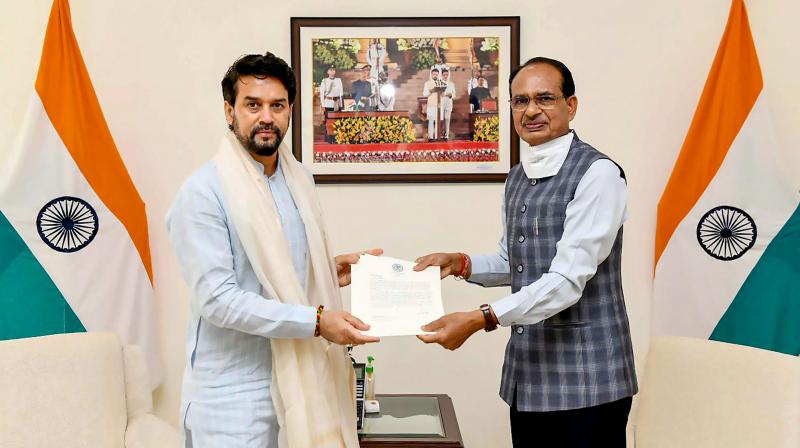 However, ruling BJP here rubbished the speculation, describing it as “baseless”.
The party also accused Congress of spreading rumours to create political instability in the state.

The chief minister’s office (CMO) here also rejected the talks of leadership change in the state, saying that “There is not an iota of truth in it and it is unnecessary’.

“The chief minister paid a courtesy visit to Union home minister Amit Shah in New Delhi on Saturday evening. Mr Chouhan could not get an appointment with Mr Shah in his last visit to Delhi a couple of days ago. He got the appointment on Saturday”, the CMO said.

Mr Chouhan discussed law and order situation and other issues relating to the state with Mr Shah, CMO said.

Congress has gone on an overdrive to claim impending change of guard in the state citing hectic political activities in BJP as well as Mr Chouhan’s frequent visits to Delhi.

Besides, Mr Patel paid a visit to former Union minister and senior BJP leader Uma Bharti at the latter’s place in Delhi, the Congress leader said.
BJP, however, describedMr Patel’s meeting with Mr Shah a “routine” one.
The party has also called the meeting of Mr Patel with Ms Bharti as a “routine” one.

“Mr Patel held discussion with Ms Bharti on upcoming Assembly elections in Uttar Pradesh and the thinking in BJP to assign an important role to her in the campaigning in the UP elections,” a senior BJP leader said.