Five surgeons and seven pathologists were part of the operation that was completed in five hours. 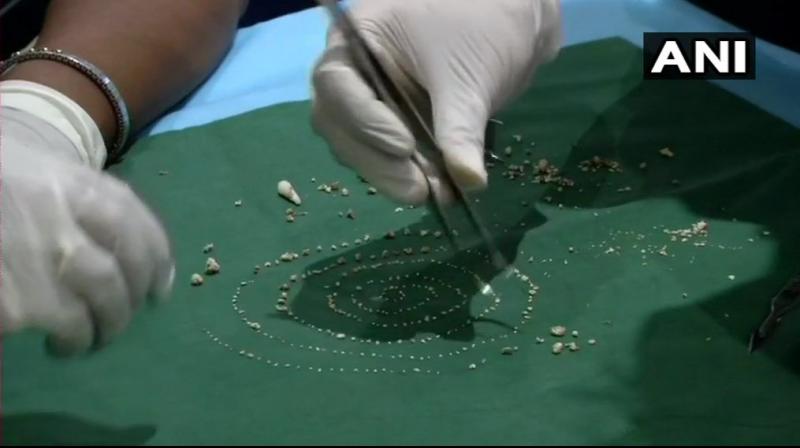 According to Dr Pratibha Ramani, the boy was brought with a complaint of a swelling in the jaw. (Photo: ANI)

Chennai: As many as 526 teeth of varying sizes were extracted from the right lower jaw of a seven-year-old boy in a five-hour surgery carried out by doctors of a private dental college-cum-hospital in Chennai recently. The doctors say it is the world's first case in which such a large number of teeth have been found and removed from a single site.

According to the Head of Department of oral and maxillofacial pathology at the Saveetha Dental College and Hospital Dr Pratibha Ramani, the boy was brought with a complaint of a swelling in the jaw.

"The issue was noticed when the child was three years old. It was ignored then as he did not cooperate.. four years later, it took a lot of efforts to convince him for the surgery as the swelling increased," Ramani told PTI.

Though the size varies, we call it teeth because every piece had elements of teeth (enamel and root) in it, she said, adding the boy was discharged within three days after surgery.

Referring to a Mumbai case in 2014 in which 232 teeth were extracted from a teenage boy's mouth, Ramani said: "This is the first such case in the world where 526 teeth were removed from a single site - right lower jaw."

Five surgeons and seven pathologists were part of the operation that was completed in five hours.

According to the hospital, the surgery, which would have cost around Rs 75,000 to Rs one lakh, was done free of cost under a Tamil Nadu government scheme.