As per the latest forecast, several parts of Gujarat will receive 'heavy to very heavy rains' during the next two days. 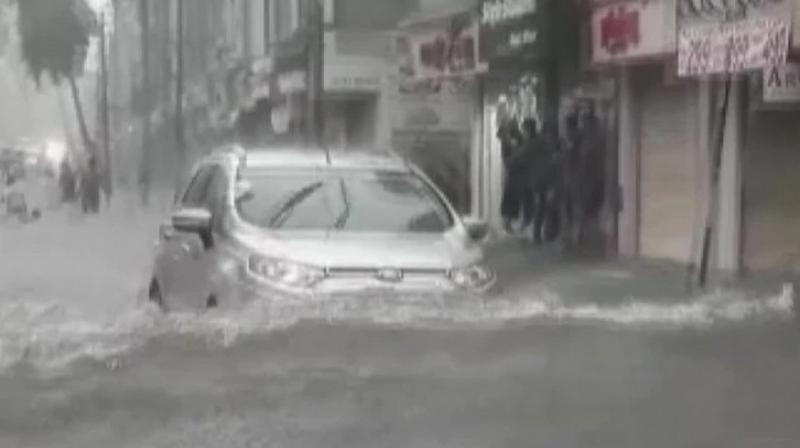 Six people have died in rain-related incidents as torrential downpour lashed central Gujarat city of Vadodara. With rising water level in Ajwa river, two platoons of army are on stand by to oversee rescue and relief operations, if required.

Vadodara in Gujarat received very heavy rain on Wednesday-over 400 millimeters in just 12 hours, the weather office said. Western Railways said some trains passing through the city had to be diverted due to water-logging.

The Gujarat government directed the local administration to shift people from low-lying areas in Vadodara. Chief Minister Vijay Rupani called a meeting on Wednesday evening to review the situation in Vadodara. He urged people to cooperate with local officials during the rescue operations.

Heavy rainfall hit several other places in Gujarat including Ahmedabad, Surat and Panchmahal.

As per the latest forecast by the weather office, several parts of Gujarat will receive "heavy to very heavy rains" during the next two days.