Driver of white Audi coming from Pollachi to Coimbatore lost control near Periyar bus stop at 9:30 am on Wednesday. 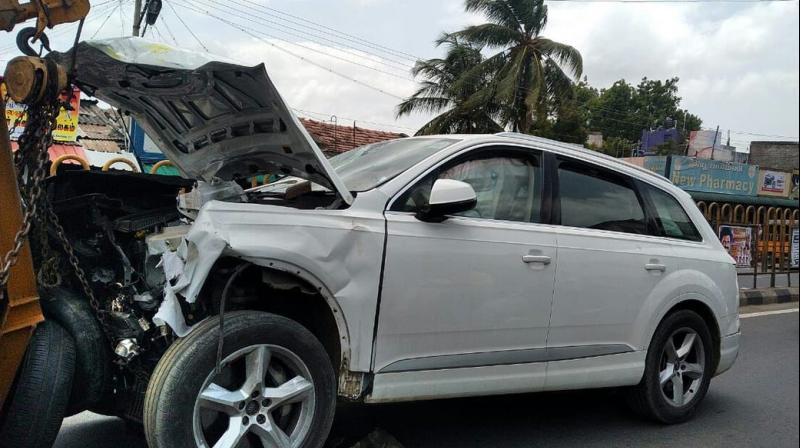 The car reportedly belongs to the owner of Raththinam College in Coimbatore. (Photo: Twitter | ANI)

Mumbai: Six people were killed and at least one was injured after a speeding car went out of control and hit people waiting at a bus stop before ramming into an autorickshaw parked on a side of a road in Sundarpuram near Tamil Nadu’s Coimbatore.

According to reports, the driver of a white Audi that was coming from Pollachi to Coimbatore lost control near Periyar bus stop at 9:30 am on Wednesday leading to the accident.

Those injured were rushed to a nearby hospital.

The Tamil Nadu police is investigating the incident.

Meanwhile, the driver has been arrested by the police, news agency ANI reported.

“This is an unfortunate incident. The police has taken blood sample of the driver to check if he was drunk when he was driving,” Coimbatore District Collector Hariharan was quoted by TNM as saying.

The car reportedly belongs to the owner of Raththinam College in Coimbatore.