According to reports, there are two or three LeT terrorists who are engaged in the encounter. 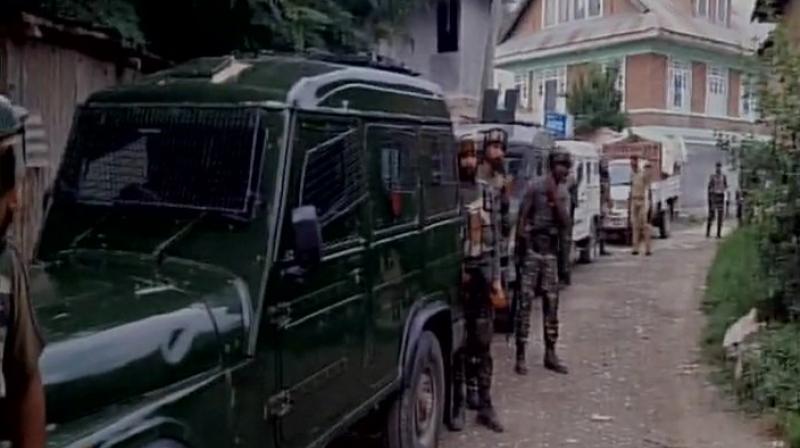 Srinagar: Abu Dujana, who figured on top of the list of “most dangerous terrorists” released by the Army in June this year, is believed to be among the two gunmen shot dead by security forces in a fierce encounter in Jammu and Kashmir’s Pulwama district on Tuesday.

Police and Army sources said that the fighting broke out in Pulwama’s Hakripora village early on Tuesday morning. The encounter began after the Army, the counterinsurgency Special Operations Group of the J&K police and the Central Reserve Police Force (CRPF) launched a joint a cordon-and-search operation based on inputs about the presence of terrorists in the area.

“Two terrorists have so far been killed. One of them is Arif Lihari, a local Kashmiri. The other is said to be Abu Dujara but we are verifying it,” said a senior police officer, who spoke on the condition of anonymity.

The militants were trapped in Hakripora after the operation was launched at 4 am, locals said. The encounter broke out after security forces zeroed in on a house where terrorists were hiding, police sources said. Later, security forces used explosives, mortars and improvised explosive devices to blow the house up, a report said.

Internet services in parts of south Kashmir have been snapped in view of rising tensions. Also, the rail services have been suspended “as a precautionary measure”.

On June 1, the Army released a list of top 12 militants active mainly in Jammu and Kashmir's southern districts, falling in two categories of ‘A’ and ‘A++’ and belonging to the Hizb-ul-Mujahedin (HM),  Lashkar-e-Taiba (LeT) and Jaish-e-Muhammad (JeM).

Abu Dujana, alias Hafiz (LeT Divisional Commander, South Kashmir), was listed under the A++ category. The Army had said that he is based out of Pakistan and has been active since December 14, 2014.