Heat wave likely over northern plains in next 2 days: IMD

Heat wave likely over northern plains in next 2 days: IMD 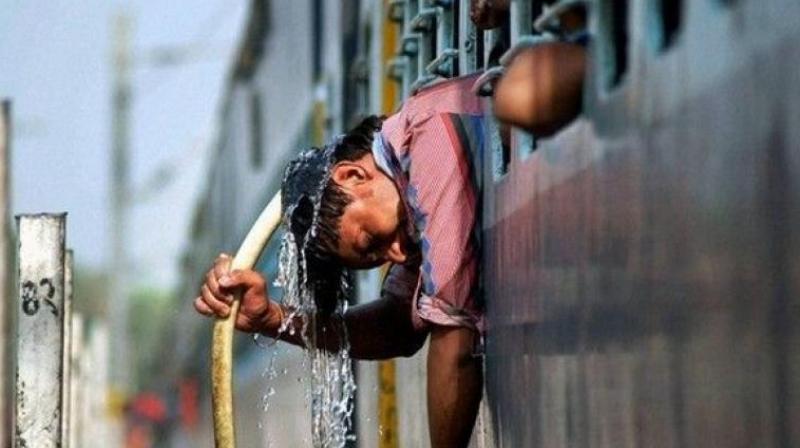 The IMD on Wednesday said conditions are unlikely to be favourable for further advance of the monsoon in these regions. (PTI Photo)

New Delhi: Northern India is unlikely to get any relief from the sweltering heat as the India Meteorological Department (IMD) on Thursday said heat wave conditions are likely over Punjab, Haryana, Delhi, north Rajasthan and Uttar Pradesh in the next two days.

It said heat wave to severe heat wave conditions were observed in isolated places over Jammu on Wednesday.

Severe heat wave conditions were observed at isolated places over northeast Rajasthan as well, it said.

"Due to likely dry westerly/southwesterly winds from Pakistan to northwest India at lower levels, heat wave conditions in isolated/some pockets over Punjab, Haryana, Chandigarh and Delhi, north Rajasthan, Uttar Pradesh and northwest Madhya Pradesh (are likely) during next two days," the IMD said.

Temperatures across the plains have crossed 40 degrees Celsius in the last few days.

The southwest monsoon has covered the entire country but has eluded Haryana, Delhi, parts of Punjab, west Rajasthan and west Uttar Pradesh.

The IMD on Wednesday said conditions are unlikely to be favourable for further advance of the monsoon in these regions.