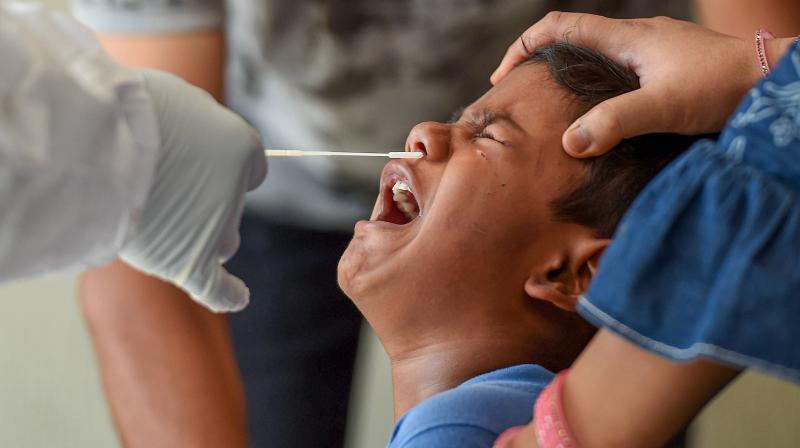 New Delhi: With 507 people succumbing to coronavirus in a day, the highest so far, India's COVID-19 death toll rose to 17,400 while the total tally climbed to 5,85,493 after 18,653 new cases were reported on Wednesday, according to the Union Health Ministry data.

"Thus, around 59.43 per cent of patients have recovered so far," an official said.

The total number of confirmed cases include foreigners.

Of the 507 deaths reported in the last 24 hours, 245 are from Maharashtra, 62 from Delhi, 60 from Tamil Nadu, 25 from Uttar Pradesh, 20 from Karnataka, 19 from Gujarat, 15 from West Bengal, eight each from Madhya Pradesh and Rajasthan, seven each from Telangana and Andhra Pradesh, six each from  Jammu and Kashmir and Punjab, five from Bihar, four from  Haryana, two each from Kerala, Odisha, Puducherry and Uttarakhand and one each in Assam and Himachal Pradesh.

The country had recorded a massive spike of 2,003 deaths on June 17 following a data reconciliation exercise carried out by states and UTs which brought to the fore large number of fatalities previously reported in Maharashtra and Delhi which were not attributed to COVID-19.