India   All India  01 Jul 2018  Dalit man made to lick his own spit from floor after son married Muslim in UP
India, All India

The Panchayat also asked the man and his family to leave the village and even suggested that his wife and daughter be paraded naked. 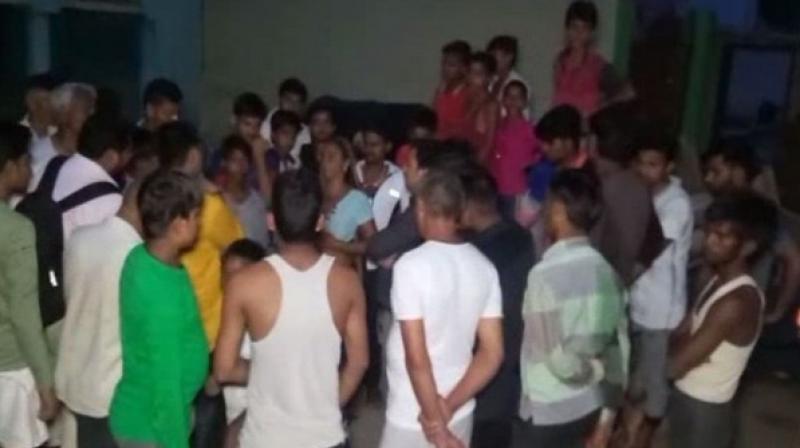 The Police said that they have received a complaint and the matter is being investigated. (Photo: ANI)

Bulandshahr: A Dalit man in Uttar Pradesh's Bulandshahr district was allegedly made to spit and lick his saliva off the floor as a punishment after his son married a Muslim woman.

The Panchayat announced the punishment and even asked the man and his family to leave the village.

"During a Panchayat meeting, I was asked to spit and lick my own spit because my son married a Muslim woman. Panchayat also asked me to leave the village," the victim said.

"They said that my wife and daughter should be paraded naked," he added.

The victim further claimed that his son and the Muslim girl even registered their marriage in the court.

SP Dehat Bulandshahr said that they have received a complaint and the matter is being investigated.

"We have received a complaint from a Dalit man who said that he was made to spit and lick his own spit during a panchayat meeting as his son had married a Muslim woman. We will take strict action against those responsible," the police said.