He also said the GST will not just bring in uniform tax, but also give a big boost to the economy and reduce burden on citizens. 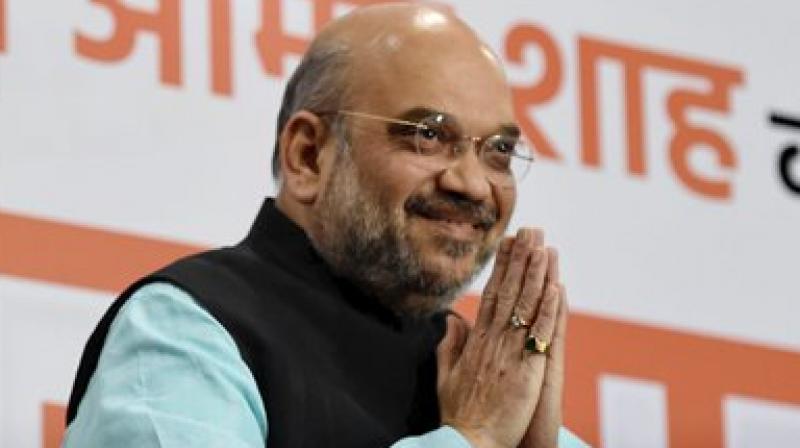 New Delhi: BJP president Amit Shah on Friday night said the "historic" launch of the GST was an outcome of commitment to the country's federal structure under the leadership of Prime Minister Narendra Modi.

Congratulating the prime minister, finance minister Arun Jaitley and the state governments, he said the GST will not just bring in one tax across the country, but also give a big boost to the economy, reduce burden on citizens and help the poor immensely.

The important tax reform which the country has been waiting for a decade-and-a-half is beginning today, he said after attending the midnight function in Parliament organised for rollout of the Goods and Services Tax (GST).

"'One Nation-One Tax' is today a reality, an outcome of commitment to India's federal structure under leadership of PM Narendra Modi," he tweeted.

"One Nation-One Tax" is today a reality, an outcome of commitment to India's federal structure under leadership of PM Shri @narendramodi.

He also congratulated all chief ministers and governments along with Modi and Jaitley.

"With this, India has become one market of 125 crore people now. With the help of the GST, the backward states, the poor and the oppressed will help get uplifted. I hope the people of the country will welcome it open-heartedly," he said.

The GST, the biggest tax reform of the country since independence, was ushered in at midnight, marked by a programme in Parliament which was attended by President Pranab Mukherjee, Vice President Hamid Ansari, Modi, Lok Sabha Speaker Sumitra Mahajan and a host of ministers, and MPs.