Meanwhile, in response to another question, Mr Maithripala described both regional groupings BIMSTEC and SAARC as “significant”. 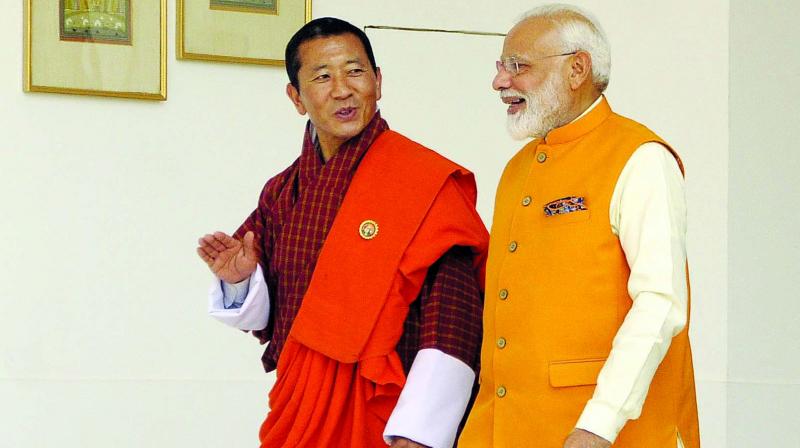 Hailing the Indo-Sri Lankan ties that he said were over 2,600 years old, Mr Sirisena said, “We are awaiting the PM’s arrival. It is a great honour and prestige.”

It is, however, clear that Sri Lanka is treading carefully on the issue of Indo-Pak tensions. In response to a question on Pakistan-sponsored terrorism aim-ed at India, Mr Maithr-ipala described Sri Lank-an foreign policy as “neutral”, adding that Sri Lanka wanted to befriend all nations and not have any enemies. “We will try to mediate to find a solution,” he said, commenting on a scenario of a dispute arising between two other nations. The comments indicate that Sri Lanka wants to maintain an even-handed approach regarding both India and Pakistan. Nevertheless, Mr Modi's visit to both of India's southern maritime neighbours, Maldives and Sri Lanka, is significant as it comes so soon on the heels of his huge electoral victory. The visits are also significant, given China’s efforts to increase and maintain its influence in both the Maldives and Sri Lanka.

Meanwhile, in response to another question, Mr Maithripala described both regional groupings BIMSTEC and SAARC as “significant”.

The Sri Lankan president was in India to attend PM Modi’s swearing-in ceremony on May 30.