This Jharkhand's town is the cybercrime capital of India

Home Secy Rajiv Gauba said more than half of India's crimes committed by fraudsters posing as bank managers were traced back to Jamtara. 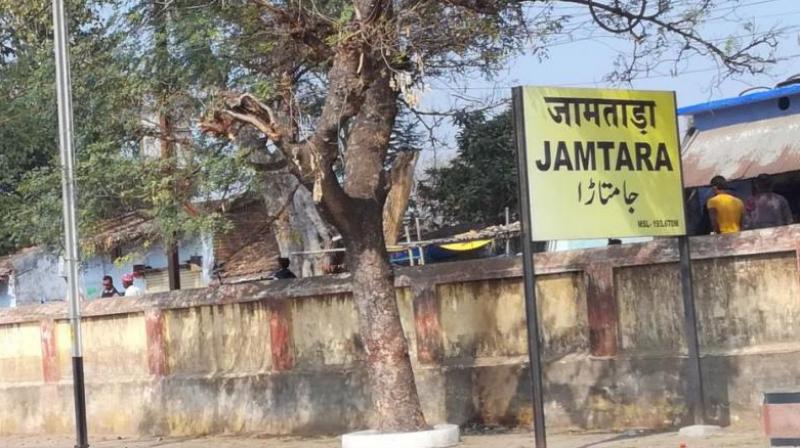 Union Home Secretary Rajiv Gauba said, 'Jamtara is a sleepy town in the tribal region of Santhal Pargana. It still continues to be an obscure town. But has gained notoriety as cybercrime hub.' (Photo: India Rail Info)

New Delhi: In a major revelation, Jamtara in Jharkhand has been identified as a new cyber hub for crime. More than fifty per cent of cyber crimes in India are traced back to this sleepy town of Jharkhand.

The revelation was made by Union Home Secretary Rajiv Gauba who himself is a 1982 batch IAS officer from Jharkhand.

"Jamtara is a sleepy town in the tribal region of Santhal Pargana. It still continues to be an obscure town. But has gained notoriety as cybercrime hub," Gauba said while addressing a conference on internal security.

According to him, more than half of India's crimes committed by fraudsters posing as bank managers were traced back to this town.

Expressing concern over the new age crime, Gauba admitted that the government is still not ready to tackle the increasing rate of cyber crimes.

"Cyberattack is one of the important security challenges that the country is facing today or the world is facing. The cyberattacks can pose wide-ranging threats to power grids, they can impact and cripple financial institutions, that can result in leakage of sensitive information and so on," he said.

Gauba also conceded that the government has to enhance its capabilities "Generally we do good in assessment but the same cannot be said for readiness. Because readiness entails investment and expertise. We need sound legal assessment and state of the art technical capabilities. That is where the private sector and government agencies have to work together," he said at the conference organised by the FICCI.

The home secretary said one has to have speed, agility for countering the threat of cyber attacks. He further added that one has to stay ahead of the attackers.
The phenomenon of increase in cyber espionage by corporates, by hostile governments to steal trade secrets and information to gain economic advantage or military advantage was highlighted by the home secretary.

"Cyberattacks have become more organised with significant funding, passion, they are sophisticated, they often gain access and they wait for the right time, for the moment of their choice for their attacks," he said.

Gauba said the Ministry of Home Affairs conducts regular security assessment and vulnerability assessment. In the last few years, the awareness and capability of the government agencies have vastly increased and many states have increased their capability.