India   All India  01 May 2019  Aviation scam: Lobbyist Deepak Talwar was in touch of Praful Patel
India, All India

The ED claimed in its charge sheet filed against Talwar, that he allegedly finalised various communications addressed to Patel. 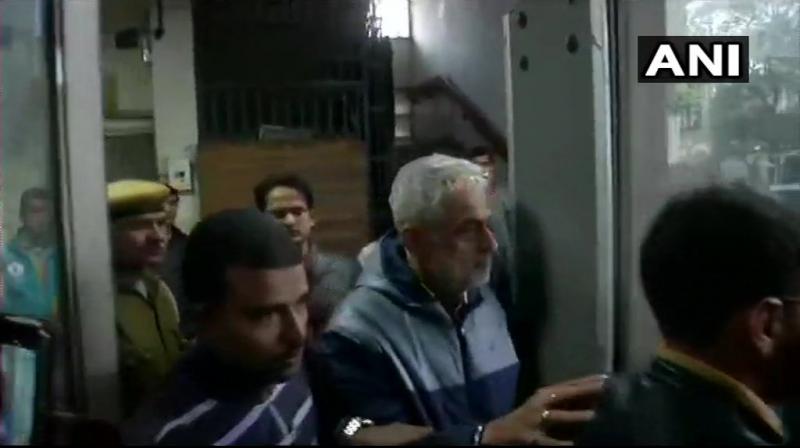 'There is evidence including email conversations between Deepak and Patel,' the probe agency told the court. (Photo: ANI I File)

The Enforcement Directorate claimed in its charge sheet filed against Talwar, who has been arrested, that he allegedly finalised various communications addressed to Patel on behalf of Emirates and Air Arabia.

"There is evidence including email conversations between Deepak and Patel," the probe agency told the court. The charge sheet was filed recently before Special Judge Anuradha Shukla Bhardwaj, who took cognizance of the final report and issued non-bailable warrant (NBW)against Talwar's son and co-accused Aditya Talwar in the case.

The court, which also rejected the bail application of Deepak, will now hear the matter on May 9. According to the charge sheet, the investigation has revealed that Deepak obtained undue favours for the private airlines using his contacts.

ED had told the court earlier that it was trying to find out the names of officials of the Ministry of Civil Aviation, National Aviation Company of India Ltd and Air India, who favoured foreign airlines, including Qatar Airways, Emirates and Air Arabia, by making national carrier, gave up profit making routes and profit making timings.

"It has been alleged that officials of Ministry of Civil Aviation, NACIL, Air India, by abusing their official positions as public servants and receiving illegal gratification, in conspiracy with other public servants, private domestic and foreign airlines, made the national carrier gave up profit making routes and profit making timings of Air India in favour of national and international domestic and foreign private airlines. This resulted in a huge loss of market share to the national carrier and also led to pecuniary benefits to private domestic and foreign airlines," ED's advocate A R Aditya had told the court.

India held bilateral meetings with Dubai, Sharjah and Qatar after which there has been an increase in the seat entitlements for both the contracting countries and increase in points of call for foreign carriers, it said.

Deepak has been charged with criminal conspiracy, forgery and under various other sections of the FCRA for allegedly diverting Rs 90.72 crore worth of foreign funds meant for ambulances and other articles received by his NGO from Europe's leading missile manufacturing company.

His role in some aviation deals during the previous Congress-led United Progressive Alliance's (UPA) regime at the Centre is under scanner as well.

Deepak was booked by the ED and the Central Bureau of Investigation (CBI) in criminal cases of corruption, while the Income Tax Department charged him with tax evasion.