India   All India  01 May 2018  Horror on camera: Dogs feed on body outside Aligarh morgue
India, All India

Horror on camera: Dogs feed on body outside Aligarh morgue

Two pharmacists who were working at the postmortem house have been suspended, after preliminary investigations into the video. 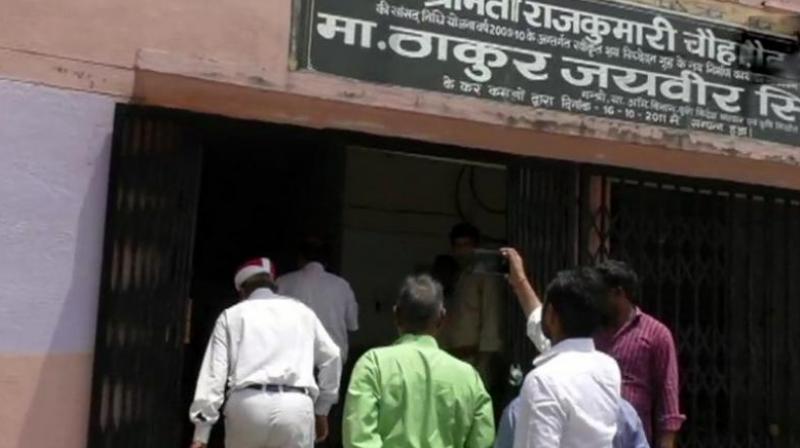 Dr ML Agarwal, CMO of Aligarh says, dead body left for dogs to feed on is against humanity and the culprit won't be spared. (Photo: ANI | Twitter)

Aligarh: In what can only be described as shockingly brutal and a case of extreme apathy, a dead body was left unattended outside a mortuary in Aligarh, Uttar Pradesh for dogs to feed. A video of dogs biting the unclaimed body alerted officials in Aligarh.

"We had received information that a dead body is being eaten by dogs. Since this is against humanity the culprit won't be spared. I will investigate the matter thoroughly," Chief Medical Officer of Aligarh City, Dr ML Agarwal said.

Two pharmacists who were working at the postmortem house have been suspended, after preliminary investigations into the video. It is not clear who took the video that was shot with the help of mobile phone camera.

This is not the first time that such a shocking incident has happened in Uttar Pradesh. In August 2017, a woman's body was left unattended in Lucknow's Ram Manohar Lohia Hospital and was eaten by dogs outside the mortuary.

According to reports, the woman was admitted to the hospital after she had consumed poison. The woman died and her body was sent to the mortuary but when her family came to take the body the next day, they found parts of her skull missing.

Three personnel at the mortuary were sacked after huge public outcry. Top officials of the Uttar Pradesh government had stepped in after the woman's husband filed a case.