Karnan further asserted that the DGP should take all the seven accused judges for medical test too. 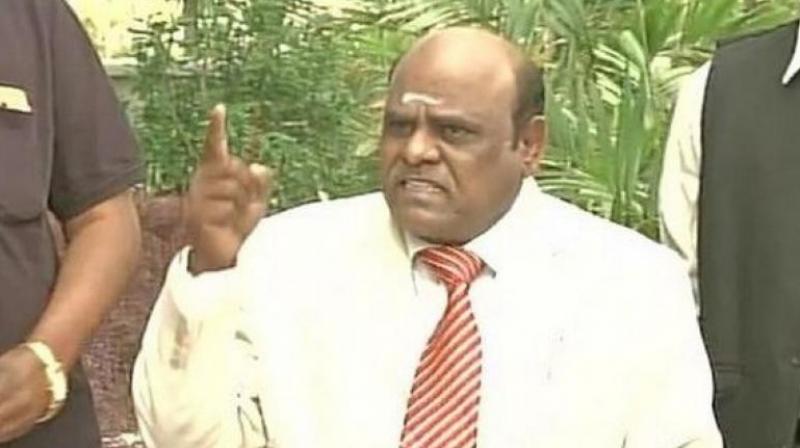 Kolkata: Adopting a belligerent approach, Justice CS Karnan of Calcutta High Court today said he will not undergo a medical examination as ordered by the Supreme Court in connection with a contempt case against him.

Justice Karnan, who has been restrained by the apex court from exercising his judicial and administrative powers, also threatened to "pass suo motu suspension order against the Director General of Police (DGP) of West Bengal, if the DGP functions against my wish."

The Supreme Court earlier in the day ordered medical examination of Justice Karnan on May 4 by a board of doctors, to be set up by a government hospital in Kolkata.

A seven-judge bench headed by Chief Justice JS Khehar also directed the West Bengal DGP to form a team of police officers which could assist the medical board in carrying out the medical examination on Justice Karnan.

"This kind of harassment order against my sanity is an additional insult to an innocent Dalit Judge who is of sound health and mind," Justice Karnan said shortly after the apex court pronounced the order.

"I further direct the Director General of Police, New Delhi to take all the seven judges and produce them to a psychiatric medical board attached to the AIIMS Hospital, New Delhi, to conduct appropriate medical tests on the seven accused and submit a copy of the report on or before May 7, 2017," Justice Karnan said in a signed order, a copy of which was given to the media.

Justice Karnan also said that before securing the seven judges their respective families should be accordingly informed.