While searching for the holy towns on Google, she stumbled upon Lord Jagannath temple at Puri in Odisha. 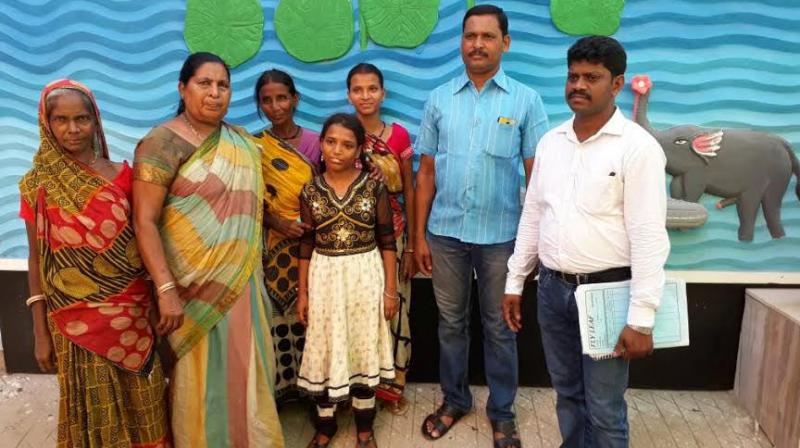 The CWC authorities, Nellore, contacted their counterpart in Puri and requested them to help them to trace the parents of the girl.

Bhubaneswar: A 12-year-old girl from Odisha, who was living in Nellore of Andhra Pradesh for the past seven years after she got separated from her parents, finally reunited with her family with the help of Google - reports said on Sunday.

Puja Khaudia, the girl, hailing from Nimapada village in Odisha’s Puri district had gone missing in 2010 while returning to Bhubaneswar from Tirupati in Andhra Pradesh. The girl was found sleeping in Nellore station, when the police found her and handed her over to the local Child Welfare Committee, which got her admitted into a residential school.

In March, Puja’s class teacher assigned Puja a project on the holy towns of India.

While searching for the holy towns on Google, she stumbled upon Lord Jagannath temple at Puri in Odisha. All of a sudden, the memories of her childhood flashed back in her mind and she told her teacher and classmates that she had visited Jagannath temple several times with her parents.

The local CWC office was eagerly waiting for this signal. The CWC authorities, Nellore, contacted their counterpart in Puri and requested them to help them to trace the parents of the girl. They also sent Puja’s childhood photographs and other details through WhatsApp and email.

After the probe, the police found that a missing case was filed in Nimapda police station in 2010. Meanwhile, the Khaudia family had in 2011 shifted to Jagatsin-ghpur to eke out their living. After a search, the police managed to trace out Puja’s parents.

On Saturday, the Andhra Pradesh police brought the girl and got her reunited with her parents Shyam Khaudia and Muni Khaudia after completing legal formalities.

“I always prayed Lord Jagannath not to let me die without seeing my missing child. He listened to my prayer and returned my child to me,” Puja’s mother Muni told the gathering as tears of joy rolled down her eyes.