Home ministry officials said there is an urgent need to improve the conditions of CRPF camps as well as facilities offered to them. 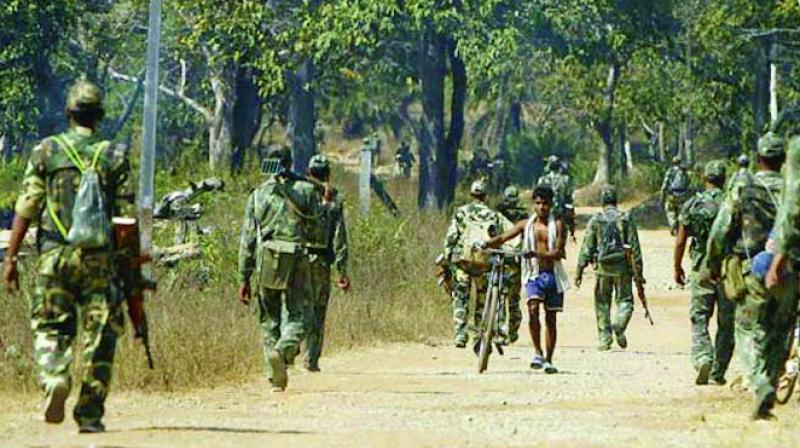 The temperature in Bastar in summer goes up to 45 degree Celsius, making security personnel tired soon.

New Delhi: Security personnel fighting Naxals in Chhattisgarh are up against not only the ultras but inherent impediments — lack of potable water, high temperature, fatigue and poor mobile networks.

Officials who visited some of the interior camps of the CRPF in Bastar region, where the force lost 25 personnel in an ambush last Monday, have found that the quality of water is substandard resulting in many of them falling sick. “We take various steps to purify drinking water. But that is not enough as when the boys go on patrolling they sometimes have to drink from open sources which leads to illness,” said a senior officer.

The temperature in Bastar in summer goes up to 45 degree Celsius, and such hot and humid conditions make security personnel tired soon, leading to frustration, an official said.

Home ministry officials said there is an urgent need to improve the conditions of CRPF camps as well as facilities offered to them. Poor mobile network is a big hindrance for the CRPF men to be in touch with their family members back home and this lowers their morale. CRPF personnel deployed for long stints in the Naxal hotbed of Sukma in Chhattisgarh are showing signs of fatigue too.

The home ministry officials, who visited Chhattisgarh, found that a majority of the 45,000 paramilitary personnel undertaking the high-risk anti-Naxalite operations in Bastar have been posted there for over three years.

A long posting in Bastar is stressful and the jawans prefer to join counter-insurgency operations elsewhere including in Kashmir, even though they face militant attacks and stone-pelting mobs regularly there.