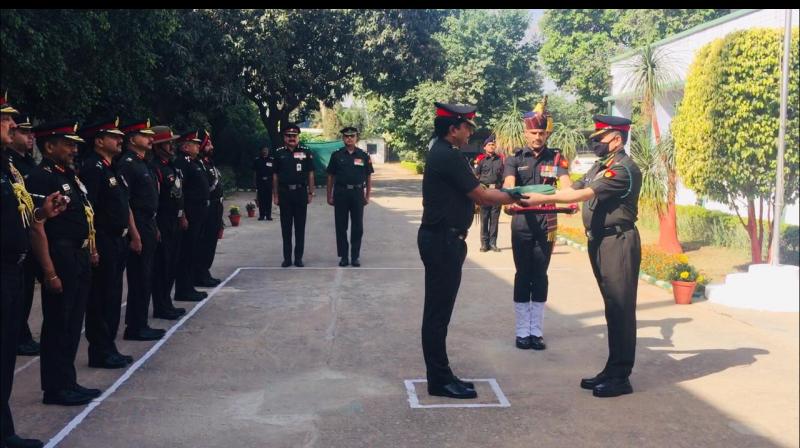 A flag ceremony was held to officially close down the military farms records in Delhi Cantonment Grounds. — By arrangement

The Flag ceremony of the Military Farms Records Delhi Cantonment was held on Wednesday.

The military farms were set up with sole requirement of supplying hygienic milk to troops in various garrisons across British India. They played an important role before the white revolution or Operation Flood was launched in 1970s to make India self dependent in milk production.

In August 2017, the Defence Ministry had announced a series of reform measures for the Indian Army which included shutting down the military farms.

The military farms in India are spread over more than 20,000 acres of defence land across the country in cities such as Ambala, Kolkata, Srinagar, Agra, Pathankot, Lucknow, Meerut, Allahabad and Guwahati.

First Military farm was raised on 1st February 1889 at Allahabad. After independence Military Farms flourished with 30,000 heads of cattle in 130 Military Farms all over India in varied Agro-climatic conditions. Military Farms were even established in Leh and Kargil in late 1990s, with the role of supply of fresh and hygienic milk to troops at their locations on daily basis. Another major task was management of large tracts of defence land, production and supply of Baled Hay to animal holding units.

For more than a century Military Farms with their dedication and commitment supplied 3.5 crore litres of milk. It is credited with pioneering the technique of Artificial Insemination of cattle and introduction of organised dairying in India.

During 1971 war, military farms supplied milk at the Western and Eastern war fronts as well as during Kargil operations to the Northern Command. In collaboration with the Ministry of Agriculture, they established "Project Freiswal", credited to be the world's largest cattle cross-breeding program. They also teamed up with DRDO in development of Bio-Fuel.