BJP going all out to wrest power from BJD in Odisha

Of the 25 Lok Sabha seats in Northeast, the BJP eyes nearly 20 seats while from the 21 seats in Odisha. 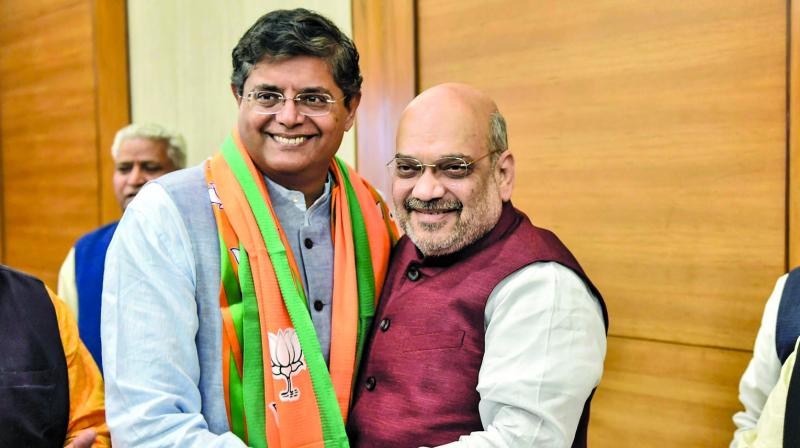 It all started with the enrolment of estranged BJD Lok Sabha member Baijayant Panda on March 4, 2019. (Photo: PTI)

Bhubaneswar: The Bharatiya Janata Party (BJP) is keen to win some crucial Lok Sabha seats in the east, especially in Odisha and West Bengal, to make up for possible losses in the Hindi heartland states like Madhya Pradesh, Uttar Pradesh, Chhattisgarh and Rajasthan.

The saffron party is trying hard to put itself in a steadfast position so as to preempt BJD’s efforts to retain power for the fifth consecutive term in the state.

The party, on an offensive mode against the BJD since 2014, has successfully attracted over a dozen of potential leaders from the BJD and fielded them from various Lok Sabha and Assembly seats.

It all started with the enrolment of estranged BJD Lok Sabha member Baijayant Panda on March 4, 2019. Minutes after joining the BJP, Mr Panda was made party’s vice-president and national spokesperson

Mr Panda’s joining was followed by a dozen of BJD leaders, including two other MPs and half-a-dozen BJD MLAs, quitting the party and entering the saffron fold.

Of the 25 Lok Sabha seats in Northeast, the BJP eyes nearly 20 seats while from the 21 seats in Odisha.