India   All India  01 Apr 2018  8 terrorists gunned down in 3 encounters in J&K arms recovered
India, All India

Seven terrorists were gunned down in an encounter in Dragad area of Shopian on Sunday morning. 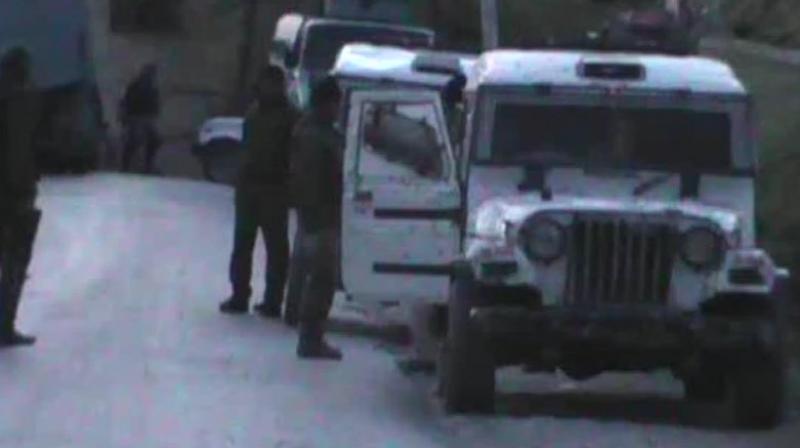 Srinagar: Eight militants were killed and another arrested as three encounters broke out in Anantnag and Shopian districts of south Kashmir on Sunday, police said.

Seven terrorists were gunned down in an encounter in Dragad area of Shopian on Sunday morning as militants fired upon a search party of security forces.

A police official said the identity and group affiliation of the slain militants are being ascertained, adding the operation was on.

In Anantnag, an encounter broke out after security forces launched a cordon and search operation in Peth Dialgam area of the district in the early hours, a police official said.

He said an unidentified militant was killed in the gunfight, while another was captured. Both the militants belonged to Hizbul Mujahideen militant outfit and their identity is being ascertained, the official said.

He further said some arms and ammunition have been recovered from the encounter site and the operation is over.

Meanwhile, another gunfight broke out in Kachdoora area of Shopian.

The encounter in Kachdoora is underway and further details are awaited, the official said.