Sources said that some passersby at the time of the mishap might also be trapped under the debris. 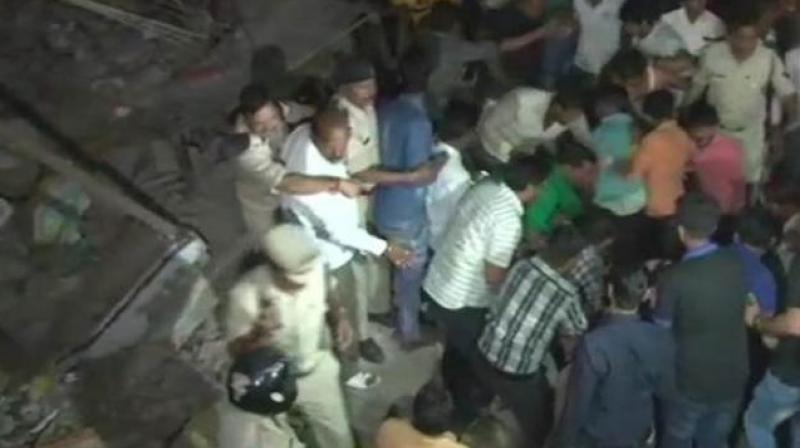 A four-story building collapsed near Sarvate Bus Stand at around 10 pm on Saturday. Rescue operations are underway (Photo: Twitter/ANI)

Bhopal: Around 50 people are feared trapped under the debris of a four-storey hotel that collapsed late on Saturday evening in Indore. Ten people were rescued and rushed to hospitals. Of them, nine — two women, seven men — died, while one is said to be in critical condition. The identities of the deceased is not yet known.

It is suspected that around 9.17 pm, a speeding car hit the hotel leading to its collapse. There was no confirmation of the claim. There were 25 rooms in the hotel.

Sources said that some passersby at the time of the mishap might also be trapped under the debris.

“We are getting details on occupants in the rooms of the hotel from the management,” a senior Indore district police officer told this newspaper.

“Cause of the mishap is yet to be ascertained. Right now we are focusing on the rescue of the trapped people”, the police officer said.

The hotel was located in the posh Sarweta bus stand area. Fire tenders and state disaster management rapid action force have been deployed in the rescue operation.