At least, two protesters were killed and scores injured in the clashes with security forces. 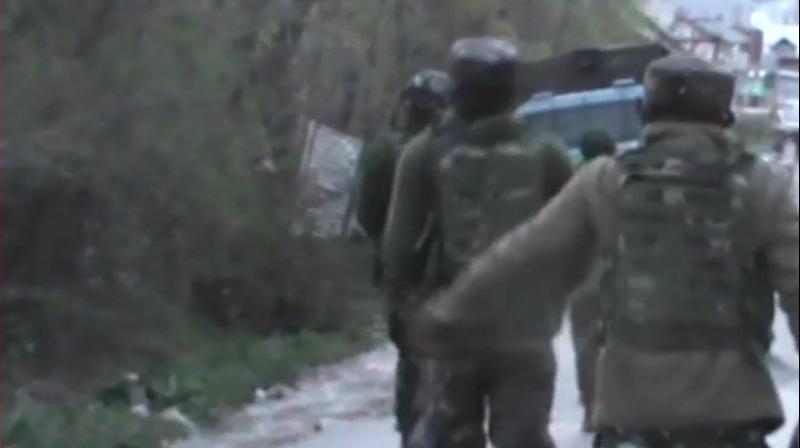 Srinagar: Eight militants were killed in separate encounters with security forces in southern parts of the restive valley early on Sunday. Two Army jawans were also killed in the encounter, J&K DGP SP Vaid said in a press conference.

Among the slain are top commanders of militant organizations, officials said. One report yet to be confirmed by the authorities said that Naveed Jath alias Abu Hanzalla, the Lashkar-e-Taiba commander from Pakistan who escaped from a Srinagar hospital where he had been taken under police escort from the City's central prison for treatment recently in among them.

Other reports mentioned the names of some of the militants killed in the clashes at Dragad in Shopian as Sadam Paddar, Zeenat ul Islam, Naveed, Rayees, Ahmed and Yawar Ahmed. Another militant identified as Rouf Khanday was killed in a gunfight with security forces in Dialgam village of Anantnag. His accomplice reportedly surrendered during the operation, police said.

As the news about the killings spread, people in large numbers took to streets to mourn and protest across the Valley. Soon they clashed with security forces who fired live ammunition into protests crowds and stone throwing mobs at places.

Life has come to a standstill in most parts of the Valley following an alliance of key separatist leaders issued a shut down call for two days from Sunday.

Clashes and stone-pelting by irate crowds is going on at dozens of places in six of the ten districts of the Valley, police sources said.

The police asked people not to lend ear to rumours about the identity of slain militants as only one of them has been identified, so far.

The authorities have suspended train services in Kashmir  and snapped mobile internet services in Anantnag, Shopian, Kulgam and Pulwama district in the south of the Valley and 4G and 3G services on mobile phones in summer capital Srinagar and some other parts of the Valley "as a precautionary measure."