he convoy was on its way from Parimpora to Panthachowk when the attack took place. 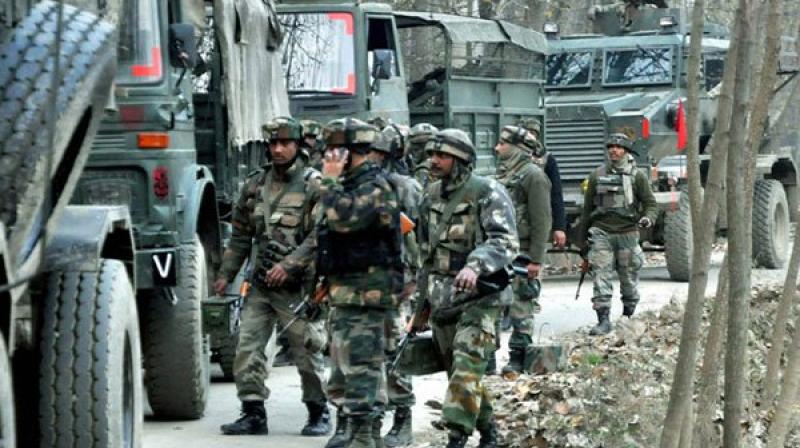 Srinagar: At least two soldiers were injured in a militant attack on an army convoy near a hospital on Parimpora-Panthachowk bypass road in Srinagar on Saturday, police said.

A police official said some miscreants started pelting stones at the police and the paramilitary CRPF personnel soon after the attack, triggering clashes.

He said the militants opened fire on the convoy near SKIMS Hospital Bemina around 1.15 pm.

Two soldiers on board the last vehicle of the convoy were injured in the attack. The convoy was on its way from Parimpora to Panthachowk when the attack took place.

The troops retaliated, forcing the militants to flee from the spot, the official said.

He said the area has been cordoned off and combing operations started to track down the militants.

Efforts were on to restore order in the area.

Meanwhile, gunshots were heard earlier in the commercial hub of Lal Chowk and adjoining areas here on Saturday, triggering panic in the busy market place.

"Firing of gunshots has been reported from Lal Chowk area. We are investigating the incident," a police official said.

Most of the business establishments downed their shutters while pedestrians ran towards safer places as people had apprehensions about a militant attack in the area.

According to eyewitnesses, cops had fired few rounds in the air to stop a mentally-challenged person who created panic among people.

"This person entered a hotel and asked people to leave saying the militants had entered the building. A police team rushed to nab the person who tried to flee, forcing the cops to fire warning shots," they said.

A police official said the mentally-challenged person has been taken into custody and lodged at the local police station.