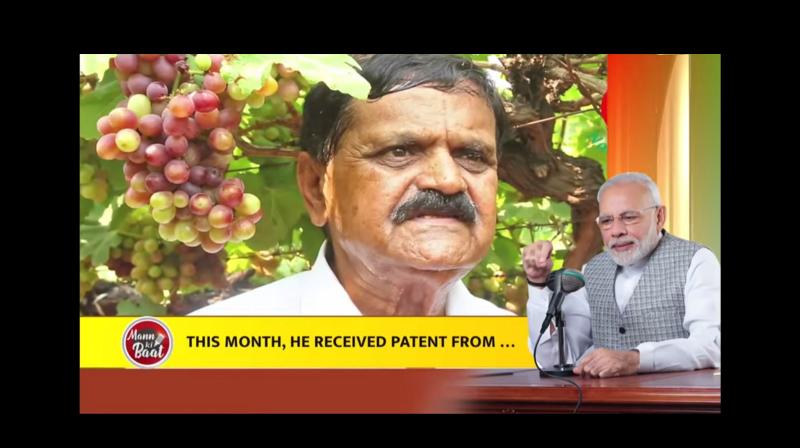 Hyderabad farmer developed wheat strains that were fortified with Vitamin D and this month, he received a patent for the wheat he developed. — By arrangement

Modi said it was the fortune of his government that an individual from Hyderabad was presented with the Padma Shri award last year. Speaking about science and how an individual’s effort can bring valuable changes in the society, the PM said Chintala Venkat Reddy, a farmer from Hyderabad, wanted to provide additional Vitamin D to people through food.

The farmer had heard from a doctor friend how lack of Vitamin D impacted health and led to diseases. “He wanted to find a solution. He developed wheat strains that were fortified with Vitamin D. This month, he received a patent from World Intellectual Property Organization for the wheat he developed,” Modi said.

The PM also answered a question Aparna Reddy from Hyderabad sent to him the other day. The question was “Mr Narendra Modi, you are a PM for many years. Before that a CM for many years. Anything you feel you had wanted to pursue but  couldn’t. I am keen to know.”

Modi said the question made him think. It was a simple question but difficult to answer. “I thought about it and told myself that one thing I have not been able to learn is Tamil, the world’s oldest language. I could not make an effort to learn it. Many have told me about the beauty and grace of Tamil,” Modi said in reply.