'Nothing affects me after Feb 14' says wife of killed soldier

Unfazed by trolls Mita Santra urged the Centre to ensure the safe release of the Indian Air Force pilot. 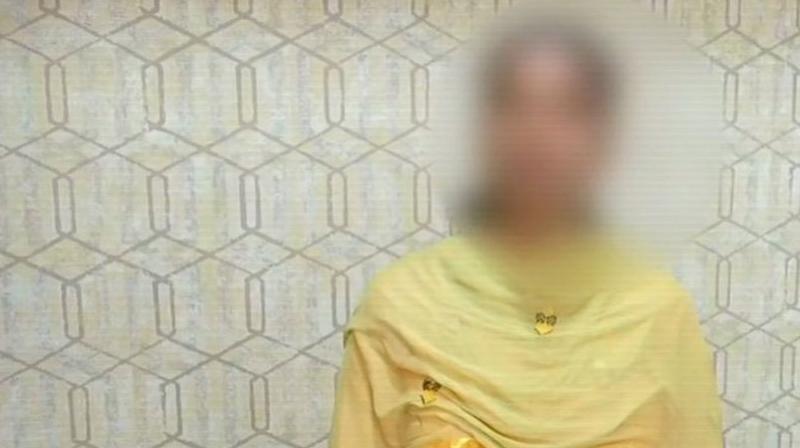 Mita Santra's husband Bablu Santra was one of the 40 victims of the suicide attack on a CRPF convoy in Kashmir's Pulwama on February 14. (Representational Image)

Kolkata: Unfazed by trolls she faced for her advocacy of peace between India and Pakistan, the widow of a CRPF soldier killed in Pulwama attack on Thursday asserted she stands by her views that dialogue should be "given a chance".

She also urged the Centre to ensure the safe release of the Indian Air Force pilot, who was captured by Pakistan on Wednesday.

Mita Santra's husband Bablu Santra was one of the 40 victims of the suicide attack on a CRPF convoy in Kashmir's Pulwama on February 14.

Ms Mita said she was not worried about the criticism she faced on social media over her anti-war stand.

"We should give dialogue a chance instead of war that will lead to loss of so many more lives," Ms Mita told PTI and urged the Government of India to make all efforts to ensure the pilot's return.

"I urge our government to engage with that of Pakistan to get back Wing Commander safely," she said.

The pilot was captured following a fierce engagement between fighter aircraft of the two sides along the Line of Control in which a Pakistani F-16 jet was downed. The IAF also lost a MiG 21 Bison aircraft being flown by him, who bailed out but was captured and arrested.

Following the death of her husband, Ms Mita had made a strong anti-war pitch despite calls for avenging the suicide attack, insisting that a war should be avoided as it will snuff out many more lives on both sides of the border, leaving women widowed, mothers without sons and children without fathers.

Ms Mita said she was not bothered about social media trolls criticising her stand on war, adding that if one person has criticised her, 10 others appreciated her approach.

The trolls even questioned her love for her husband.

"After February 14, nothing touches me. Anybody can say anything, I am not worried," said the mother of a six-year-old girl.

However, she wondered if those criticising her had a family member serving in the armed forces.

"Sitting in their homes, some people are saying so many things, but do they have any of their family members in the Army, Air Force, Navy or paramilitary forces?" she asked.

It is natural that the armed forces will have to go to war and make the ultimate sacrifice, but the Indian government must ensure their security, she said.

"I want security of the forces to be ensured. All the forces, be it the Army or the paramilitary like CRPF or ITBP, are of the Government of India and it is the duty of the government to take necessary measures to ensure their security," she said.

Ms Mita, who has a masters degree in modern history and teaches at a private school, said she has been offered a job in the CRPF but has not yet decided on taking it up. She said since a job in the CRPF would be transferable, it will come in the way of her taking care of her aged mother-in-law.

"I want a job in the West Bengal government as was promised by ministers who visited our house following my husband's death," she said.