Delhi High Court had dismissed the petition filed by AJL, challenging the Centre’s decision to cancel its lease and vacate Herald House. 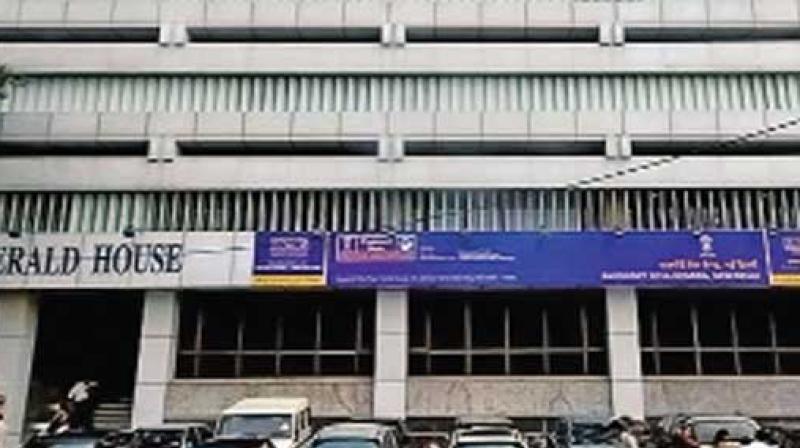 A team of Land and Development of Ministry of Urban Development reached Herald House to take possession on Friday. (Photo: File)

Nikhil Bhalla, one of the counsels in the National Herald case, told media here, “(We) had received a notice last evening and we had informed that we will be approaching the Supreme Court in the coming week. Don't know why officials of the Land and Development Office came here today. There are no talks of vacating.”

His statement came after a team of Land and Development of the Ministry of Urban Development reached Herald House to take possession on Friday.

AJL is owned by Young India (YI), in which Congress president Rahul Gandhi and his mother Sonia Gandhi are majority shareholders.

On December 21 last year, the Delhi High Court’s single bench had dismissed the petition filed by the AJL, challenging the Centre’s decision to cancel its lease and vacate the Herald House.

The Centre, in its eviction order passed on October 30 last year, had mentioned the violation of lease conditions by the AJL and had said that the Herald House’s 56-year-old lease to the AJL had ended.

The publisher had then approached the High Court on November 12 last year against the eviction order of the Union Urban Development Ministry. In its petition, they stated that the Central government’s decision to cancel the lease is “politically motivated".

It further stated that the impugned order is vitiated by mala fide and biases, and had been issued with oblique political motives.

“The proceedings have been initiated for the purposes of scuttling the voices of dissent and the voice of the largest opposition party in the country. It is a clear affront to the freedom of speech and expression guaranteed under Article 19(1) (a) of the Constitution and a deliberate attempt to suppress and destroy the legacy of the first Prime Minister of the country Jawaharlal Nehru, by the powers that be,” the petition read.

AJL also stated that shutting down National Herald premises was a “deliberate attempt by the government to suppress and destroy the legacy of Nehru".