The IAF pilot was seen on the Pakistani side of the Attari-Wagah crossing around 9:15 pm. 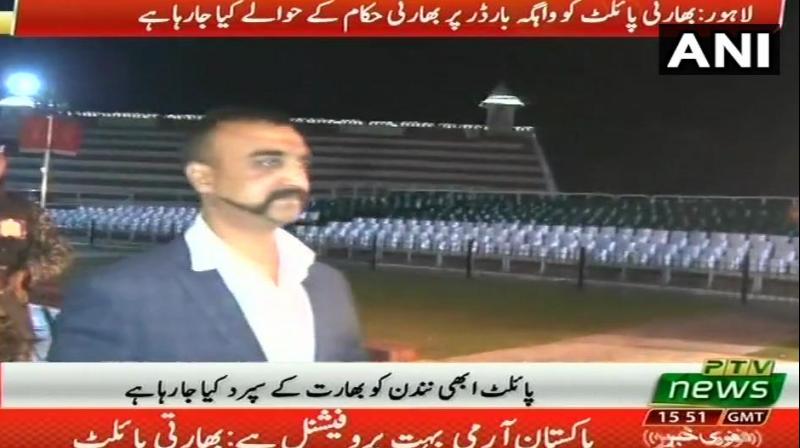 Varthaman spent almost three days in the Pakistani captivity after he was shot down on Wednesday. (Photo: ANI | Twitter)

Mumbai: Wing Commander Abhinandan Varthaman crossed the Wagah-Attari border post into India from Pakistan on Friday evening, at 9:20 pm on Friday, after a four-hour delay.

The IAF pilot was seen on the Pakistani side of the Attari-Wagah crossing around 9:15 pm. He spent almost three days in the Pakistani captivity after he was shot down on Wednesday. He hit a Pakistani F-16 before he was forced to eject and landed across the Line of Control.

A little over 58 hours later, the 38-year-old pilot walked to his freedom at the heavily-guarded border post manned by the Border Security Force that guards the international border with Pakistan.

After Abhinandan Varthaman crossed the border, Air Vice Marshal RGK Kapoor said, “Wing Commander Varthaman has been handed over to us. He will now be taken for a detailed medical checkup because he had to eject from an aircraft. IAF is happy to have him back.”

BSF officials, prepping for the return of the IAF pilot, had canceled the retreat ceremony at the border post.

Varthaman became the human face of the conflict between the two countries when Pakistan Army put out a series of videos that showed him in its custody.

The decision to release Varthaman was announced by Pakistan Prime Minister Imran Khan in the National Assembly, who described it as a “peace gesture”.