Sources said that efforts would be made to enrol maximum number of women from OBC and dalit communities in these battalions. 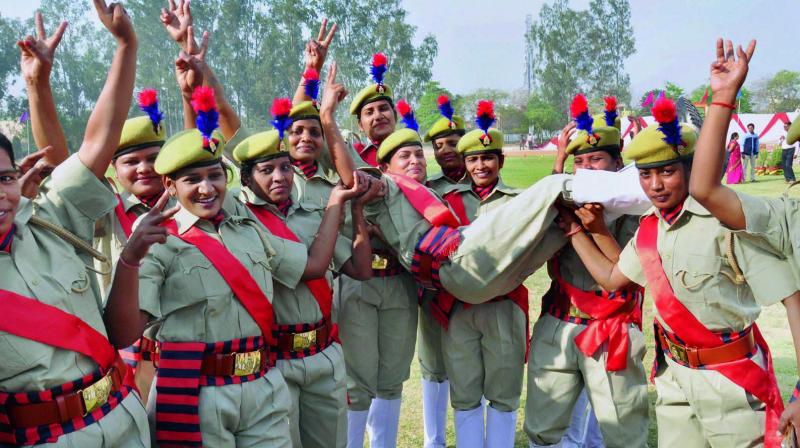 At least 40 acres of land will be required at each of the three centres to set up training facilities and barracks.

Lucknow: Governments in Uttar Pradesh have developed the knack of injecting politics in almost every decision they take.

The UP police is planning to raise its first all women battalions of Provincial Armed Constabulary (PAC) and the battalions are to be named after Avanti Bai, Uda Devi and Jhalkari Bai — all three freedom fighters belonging to OBC and dalit communities.

Avanti Bai belonged to the Lodh community, Uda Devi to the Pasi community and Jhalkari Bai was a dalit.

Though the officials refused to comment on it, sources said that efforts would be made to enrol maximum number of women from OBC and dalit communities in these battalions. This would not only empower women from weaker sections but would also eat into the support base of OBC and dalit-centric parties in Uttar Pradesh, namely Samajwadi Party and BSP.

According to DG, PAC, R.K. Vishwakarma, the procedure for raising the battalions has begun and the government is identifying land in eastern, western and central UP where centres for training the women cops could be built. The state government is planning centres in three parts of the state so that it could rush in women personnel to areas where crisis erupts.

At least 40 acres of land will be required at each of the three centres  to set up training facilities and barracks.

It is noteworthy that the BJP’s ‘Sankalp Patra’ had promised to raise women PAC battalions.

The government has already sent out letters to various district magistrates, the government, asking them to earmark land that had good road connectivity and is close to highways.

The raising of women PAC battalions would help the government in crowd managements and also during agitations where the participants are mainly women. The state government, in recent months, has faced criticism when male police personnel used force on female teachers, Aanganwadi workers and ASHA workers.