BJP leader Subramanian Swamy on the other hand said that the trail would lead to the former finance minister himself.

New Delhi: The Congress on Wednesday took a tough stance on the arrest of former finance minister P. Chidambaram’s son Karti Chidambaram saying it reeked of “vendetta” and was a “diversionary tactic” by the Modi-led BJP government to hide its scams and “mal-governance”. BJP leader Subramanian Swamy on the other hand said that the trail would lead to the former finance minister himself.

“The trail will lead to P. Chidambaram,” a confident-sounding Mr Swamy said, adding “Karti is a beneficiary of (P) Chidambaram’s corrupt acts.”

“The lookout notice was there. He had been lying during the cross-examination. The arrest was expected, it was just a matter of time. He was not forthcoming during questioning. Despite being confronted with evidence, he continued to lie to the CBI and ED (Enforcement Directorate),” Mr Swamy further said. 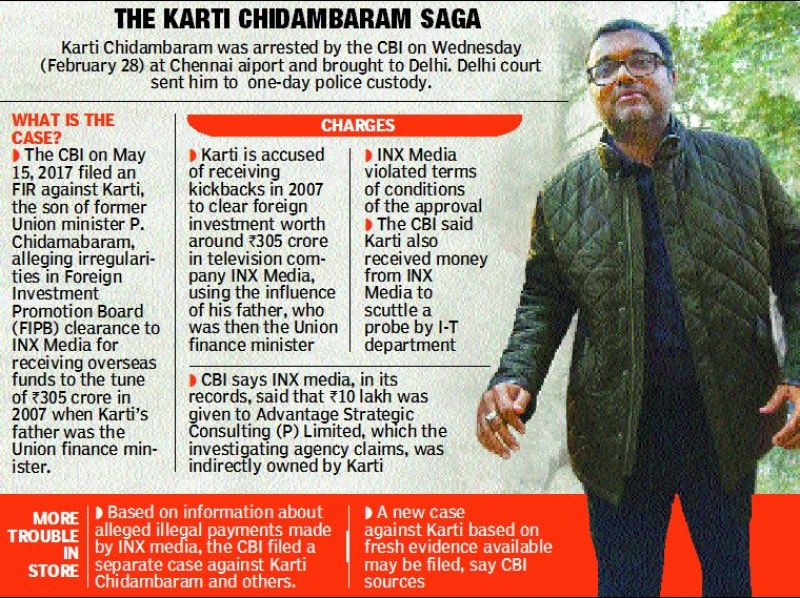 The Union Government on Wednesday said it had no role in the arrest of Karti Chidambaram, while the Congress termed it as “diversionary tactic” to hide scams that have rocked the NDA dispensation. The chief spokesperson of the Congress Party, Randeep Singh Surjewala said that Karti Chidambaram’s arrest would not deter the party from speaking the truth to hold the government accountable. Mr Surjewala said that “it was a classical diversionary tactic to hide corruption scams, mal-governance and mal-administration that have marred this government”.