Gen Rawat, quoting an internal study, said 35-37 per cent of the annual budget given to the force is contributed towards nation building. 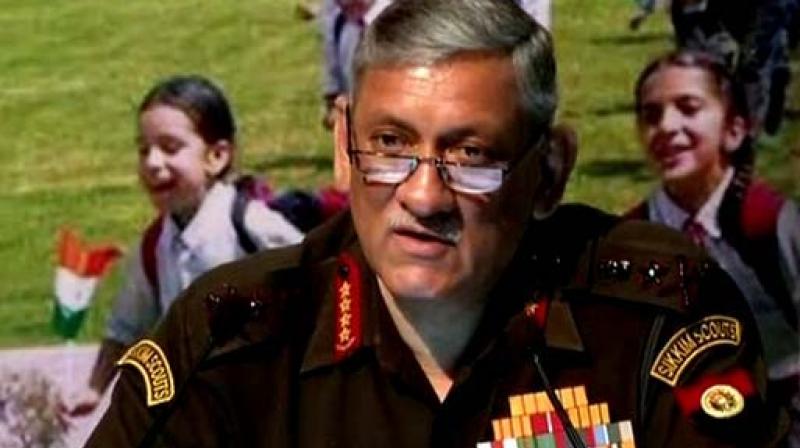 "Economic rise takes place if the country is secure," he said, defending the quantum of budget allocation to the armed forces, and stressed that there is a link between flow of foreign investment into India and the situation at the country's borders as well as the internal security scenario.

To invite investment, "we have to build and develop confidence among the investors that the nation's borders are secure and the internal security situations are under control for which there is a requirement for budget for the defence forces," he said at a seminar in the national capital.

"Economic development and military modernisation must go hand-in-hand," he asserted.

The Army chief also talked about those who question the budgetary allocation to the armed forces.

Referring to the defence budget, Gen Rawat, quoting an internal study by the Army, said 35-37 per cent of the annual budget given to the force is contributed towards nation building.

"If you are developing roads and infrastructure in remote areas of the country, they benefit the local population. The armed forces in the remotest locations are providing facilities of education and health care to people where government has not yet been able to reach out," he said.

Giving examples of expenditure, the Army chief also spoke of the money spent on sending Indian troops for various UN missions. He said though the Army spends money on the troops, the reimbursement from the UN does not come to the Army and the amount goes to the Consolidated Fund of India.

According to officials, a whopping Rs four lakh crore worth of military procurement involving 136 proposals were cleared by the government in the last three years as part of efforts to modernise the armed forces.