The Bill is likely to be tabled in Parliament in the second the part of the Budget session that starts March 6. 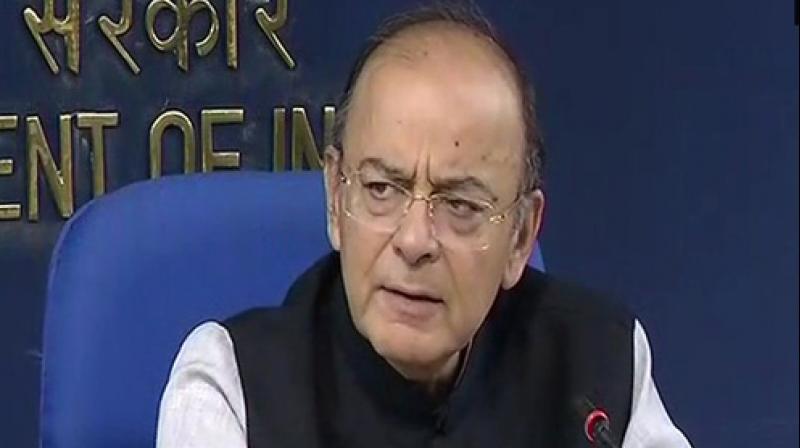 Addressing a press conference in New Delhi, Jaitley said, "Fugitive Economic Offenders Bill 2018 has been brought to confiscate the assets of a fugitive, including Benami assets. There will also be the provision to confiscate those assets outside India, but co-operation of that country will also be needed."

He added: "Offences worth Rs.100 crore or more will be under the purview of the Fugitive Economic Offenders Bill, 2018."

The Bill is likely to be tabled in Parliament in the second the part of the Budget session that starts March 6.

Jaitley also said that the fugitive economic offenders will be disentitled from defending any civil claim. An administrator will be appointed to manage and dispose of the confiscated property under the Act.

Fugitive Economic Offender is a person against whom an arrest warrant has been issued in respect of a scheduled offence (a scheduled offence refers to a list of economic offences contained in the schedule to this Bill) and who has left India so as to avoid criminal prosecution, or being abroad, refuses to return to India to face criminal prosecution.

Once the Bill becomes a law, it aims to create a special forum for the expeditious confiscation of the proceeds of crime, in India or abroad.

It would also coerce the fugitive to return to India to submit to the jurisdiction of Courts in India to face the law in respect of scheduled offences.

"NFRA will act as an independent regulator for the auditing profession, which was one of the key changes brought in by the Companies Act, 2013," the Finance Minister said.

He further added that "jurisdiction of NFRA for investigation of Chartered Accountants and their firms under Section 132 of the Act would extend to listed companies and large unlisted public companies, the thresholds for which shall be provided in the Rules".

The Central government can also refer such other entities for investigation where the public interest would be involved.

NFRA intends to create an entity that could take over the disciplinary functions of the Institute of Chartered Accountants of India (ICAI) in order to ensure stricter oversight of erring auditors.