India   All India  01 Mar 2017  With June visit, Modi will be first Indian PM in Israel
India, All India

With June visit, Modi will be first Indian PM in Israel

Both sides working on dates; Netanyahu may tour India by yearend. 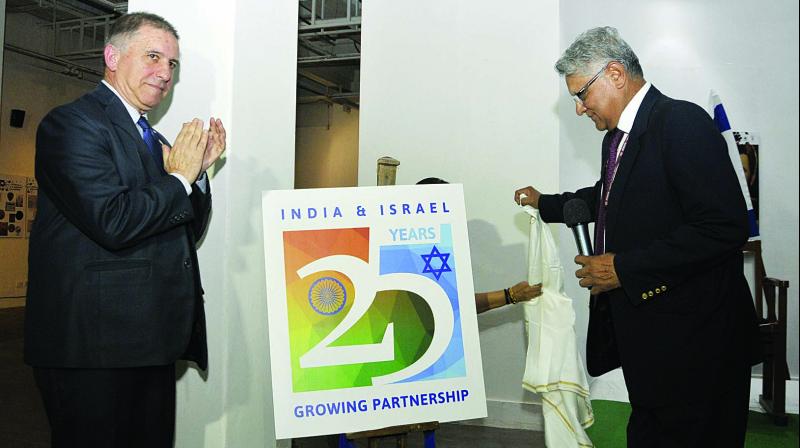 The visit is likely to take place sometime in June. Government sources said the visit would “take place this summer”, with preparations already having commenced as both sides are working out the dates for the visit along with other details. Israeli Prime Minister Benjamin Netanyahu is also likely to visit India by the end this year.

The two nations on Tuesday unveiled a logo in the capital to mark 25 years of diplomatic ties. Speaking on the occasion, MEA’s secretary (economic relations) Amar Sinha said although both the countries have cooperation in the defence and the security sectors, “conscious” efforts are being made to make it a “multi-dimensional relationship”, and not merely “unifocal”.

Israeli ambassador Daniel Carmon said the two sides are working on “every possible area of cooperation”. In the past 13 years, India has bought weaponry and defence platforms worth billions of dollars from Israel.

Mr Sinha said the two countries have planned a series of events to celebrate the silver jubilee of the diplomatic relationship this year. It has been decided “at the highest level”, to create joint coordination committee to plan out the activities. This includes visits by business delegations, academic fora. Mr Sinha said Israel is located in an area of great concern and interest to India.

In November last year, the two countries had decided to “broad-base” their already close defence partnership and had agreed to intensify cooperation in combating radicalism and extremism during the visit of Israeli President Reuven Rivlin. The two sides had also resolved to deepen their overall engagement including in key areas of trade and investment, agriculture, water resources, education and research.