It may be recalled that Japan has serious maritime disputes with China. 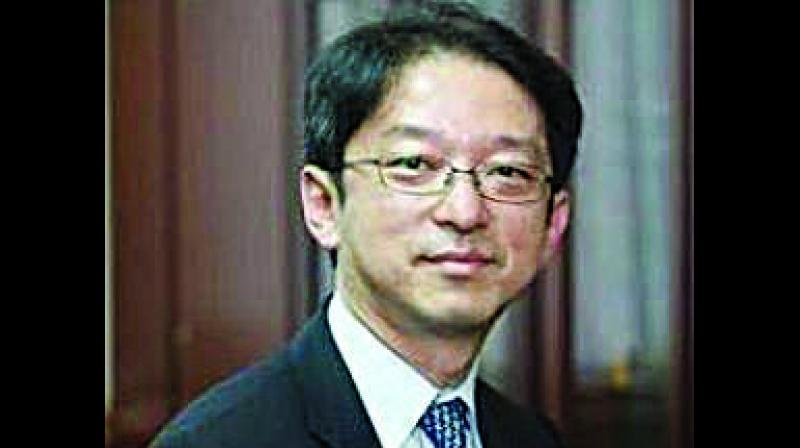 New Delhi: Making clear his country’s unease with Chinese military assertiveness in the South China Sea without naming Beijing,  a top Japanese diplomat in New Delhi has said Japan “remains seriously concerned about the situation on the ground attempts to unilaterally alter the status quo and militarisation of disputed features”, adding that Japan “considers India as an indispensable strategic partner to work hand-in-hand to realise a free and open Indo-Pacific.

Speaking in the national capital on “Maritime Security in the South China Sea and the Indian Ocean: Exploring Convergent Views”, Japanese deputy chief of mission — now functioning as chargé d’affaires —Toshihide Ando said, “If we turn our eyes to the South China Sea, attempts to unilaterally alter the status quo continue, and militarisation of disputed features has not ceased. Japan remains seriously concerned about the situation on the ground as other partners do.” He added that the Japanese vision of the Indo-Pacific region “is not exclusive but inclusive” and “not aimed at creating any new institutions or excluding any country” and that “it is open to all countries, as long as they share its core concept”.

It may be recalled that Japan has serious maritime disputes with China. Also, a few south-east Asian nations like Vietnam and Philippines also have maritime disputes with China. It may also be recalled that the US, India, Japan and Australia are part of the four-nation “Quad” arrangement that focuses on maintenance of a “rules-based order” in the region, something that is seen as significant in the context of China’s increasing military and economic assertiveness in the region.

Elaborating on Japan’s “free and open Indo-Pacific vision”, Mr Ando said it includes “to promote and maintain the fundamental principles of international order, such as rule of law, freedom of navigation and free trade, which are the foundations of peace and stability in the Indo-Pacific”.

“We find a lot of commonalities with India’s vision on the Indo-Pacific, including inclusiveness, Asean centrality, rule of law, and connectivity.”

The Japanese diplomat said that “two points are important to maintain a rule-based maritime order” — upholding the rule of law in the maritime domain and enhancing maritime cooperation.  “The rules-based international order forms the bedrock of peace and prosperity of the international community. When we talk about the peace and prosperity of the Indo-Pacific, which encompasses vast waters spanning from the Pacific to the Indian Ocean, the established norms such as freedom of navigation and overflight, must be upheld. Disputes have to be resolved peacefully in accordance with international law, as reflected in UNCLOS.”

“On the diplomatic front, we have noted the negotiations of a Code of Conduct in the South China Sea. We consider it critical that the COC be consistent with international law and not prejudice the rights and interests of all stakeholders under international law,” he added.