On January 30, the Iskon organised a chariot procession of Lord Jagannath, Baldev and Subhadra Maiya idols in Mumbai. 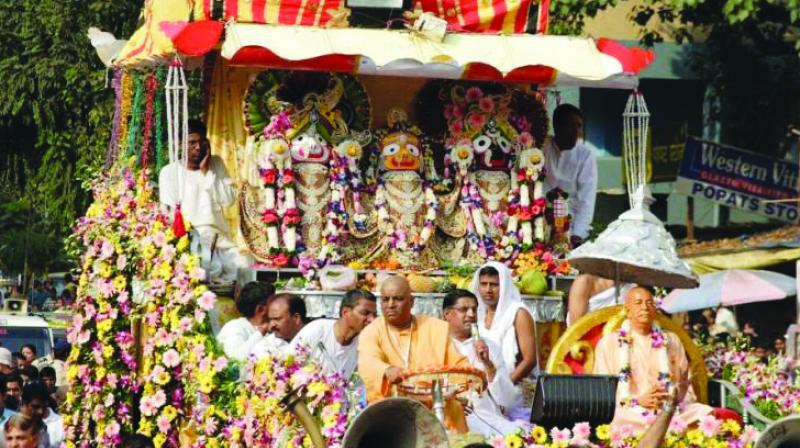 File photo of an Iskcon rally in Mumbai.

BHUBANESWAR: The untimely Rath Yatra organised by International Society for Krishna Consciousness (Iskon) on the occasion of Basant Panchami in Mumbai on Thursday has sparked a major controversy with Puri Srimandir authorities and Jagannath culture experts in Odisha opposing such arbitrary conduct of the festival.

“When the world-famous rath yatra is held in Puri in July, what is the point of organising another chariot procession on Basant Panchami in another State,” asked Gobind Sahu, a devotee of Lord Jagnnath.

On January 30, the Iskon organised a chariot procession of Lord Jagannath, Baldev and Subhadra Maiya idols in Mumbai.