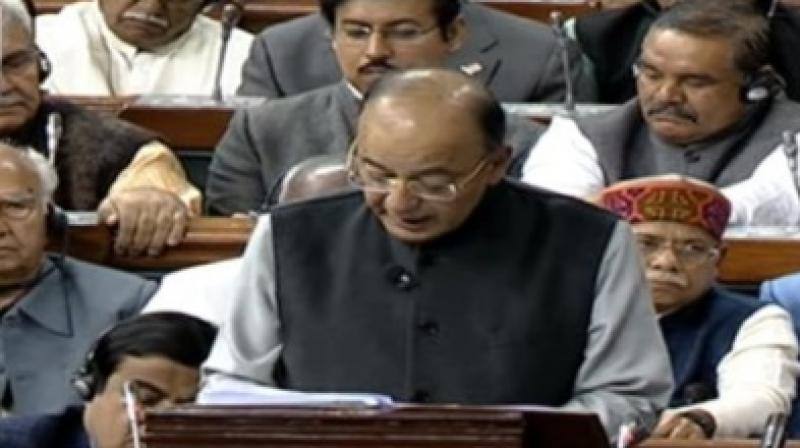 New Delhi: Finance Minister Arun Jaitley on Thursday presented the Union Budget 2018 -- the last budget of the BJP-led NDA government -- in the Parliament prior to the Lok Sabha elections slated for 2019.

Jaitley, speaking both in Hindi and English, said the focus of the Budget is agriculture and rural economy, health, infrastructure and senior citizens. He announced that the Minimum Support Price (MSP) for notified kharif crops would be 1.5 times of the cost incurred by farmers for production.

Reiterating Prime Minister Narendra Modi's vision of 'minimum government, maximum governance', Jaitley stated that India's USD 2.5 trillion economy is on course to achieve a growth of 8 per cent, following the 7.2-7.5 percent growth it achieved in the second half of 2018-19. 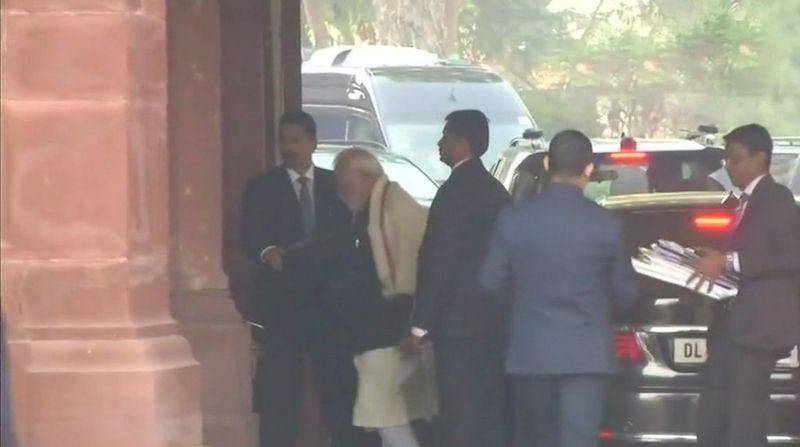 9:55 am: Finance Minister Arun Jaitley arrives in Parliament with the Budget document.