As per the alliance, the Congress will be contesting 105 seats out of the total of 403 seats. 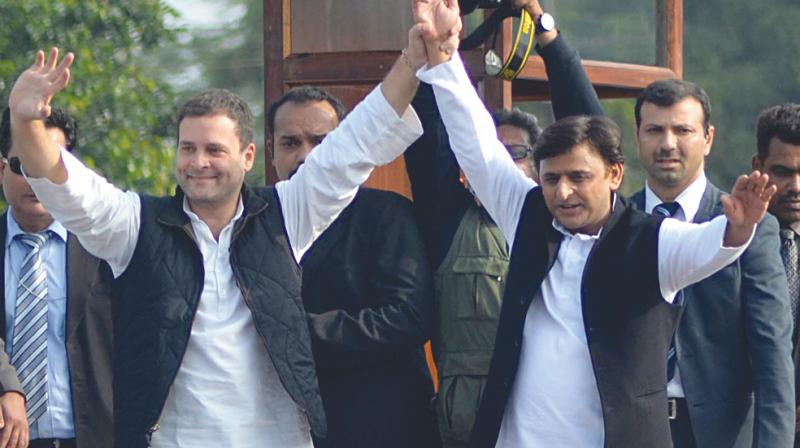 Lucknow: Congress vice-president Rahul Gandhi and UP chief minister Akhilesh Yadav will address their first joint election rally on February 3 in Agra to cement the alliance between the two parties.

The two leaders, sources, said, will send out a clear message to party cadres and urge them to work together to ensure the success of the alliance and also the defeat of communal forces.

Earlier on January 29, the two leaders had addressed a joint press conference in Lucknow and had participated in a roadshow later.

Mr Rahul Gandhi had compared the alliance with the Samajwdai Party to the confluence between Ganga and Yamuna river while Mr Akhilesh Yadav has said that the cycle (SP symbol) would move faster with the help of the “hand” (Congress symbol).

Mr Gandhi said that he shared a “personal and political relationship” with Mr Akhilesh Yadav while the latter said that they were “two wheels of the cycle.”

As per the alliance, the Congress will be contesting 105 seats out of the total of 403 seats while the Samajwadi Party will field its candidates in the remaining 298 seats.