Skoda Superb bursts into Flames at petrol pump in Hyderabad

Five fire tenders were rushed to the spot to control the fire. 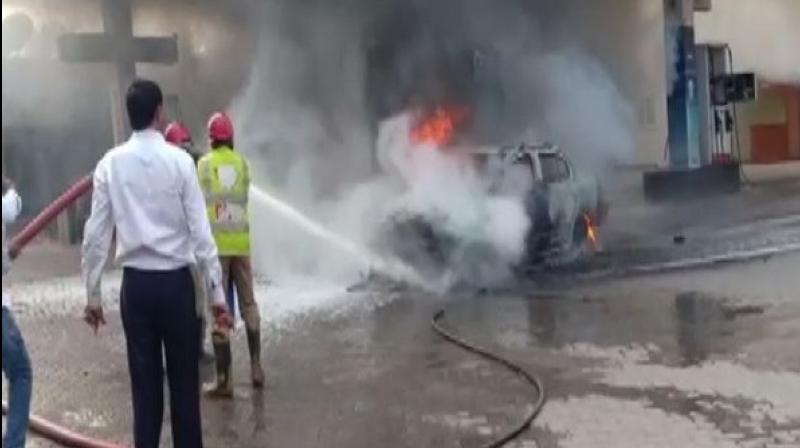 No casualties have been reported so far. The reason for the fire is yet to be ascertained. (Photo: ANI)

Hyderabad: A car burst into flames in Hyderabad while parked at a petrol pump for refueling.

The black Skoda Superb caught fire when the driver went to the washroom while his car stood dangerously close to the fuelling machines.

"Petrol spilled over and because the vehicle was overheated after a long distance drive. As the car went up in flames, the driver and owner ran away from the area. The pump management reacted quickly and called 100 and fire service. Both reached within 5-10 minutes. The staff also helped and we were able to control the damage and prevent this from becoming really big," a police official told NDTV.

Five fire tenders were rushed to the spot to control the fire and it was eventually doused, Kontham Chandra Shekhar Reddy, Chief Inspector, Golconda told ANI.

No casualties have been reported so far. The reason for the fire is yet to be ascertained.