India   All India  01 Jan 2018  Muslim board objects allowing women to travel for Haj without male
India, All India

Muslim board objects allowing women to travel for Haj without male 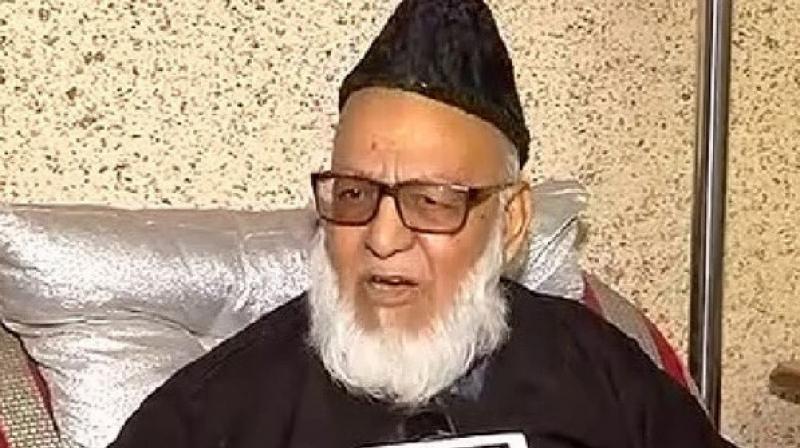 AIMPLB secretary Maulana Abdul Hamid Azhari said, 'This is a religious issue, and not something to be brought up in legislation and passed in the parliament.' (Photo: ANI)

Pune: The All India Muslim Personal Law Board (AIMPLB) does not concur with Prime Minister Narendra Modi's announcement of allowing the Muslim women to travel for Haj without 'Mehram' or male guardian.

"This is a religious issue, and not something to be brought up in legislation and passed in the parliament," AIMPLB secretary Maulana Abdul Hamid Azhari told ANI, adding, "99 per cent men and Muslims follow their religion in accordance with what their religious authorities say, and not what PM Modi ji or anybody else says."

According to Islam, Azhari said, a woman cannot travel longer than three days or more than 78 miles without a male guardian, be it for Haj or to any other place.

Azhari, however, countered the suggestion saying single women were not obliged to go for Haj.

Meanwhile, women rights activist Sudha Ramalingam supported the cause, but said the prime minister's announcement were not a change in the existing rules.

"This is nothing new at all. Saudi Arabia says women above 45 years can come unaccompanied, but in groups with a letter of permission from her male guardian. This is the condition given by Saudi Arabia," Ramalingam told ANI.